Nicollette Sheridan is suing Marc Cherry, the creator of Desperate Housewives, claiming Cherry physically attacked her on the Housewives set. 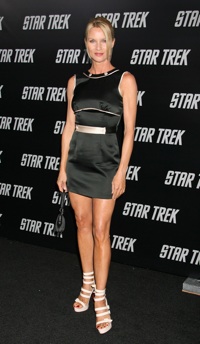 New details have emerged in the case, in which the actress says producer Marc Cherry struck her across the head and face, then fired her when she complained to network brass.

In her $20 million suit, Sheridan said Cherry created a hostile work environment by “behaving in an extremely abusive and aggressive manner toward the individuals who work on the show.”

Sheridan claimed that, during the fifth season of Desperate Housewives, Cherry took her aside and forcefully hit her with his hand across her face and head when she questioned him about a script issue.

Afterward, Sheridan reported, Cherry followed her to her trailer to beg forgiveness. Sheridan said she reported the incident to ABC, but the network failed to take action and Cherry’s aggression escalated.

The suit also states that, when Cherry found out that Nicollette’s co-star Teri Hatcher went over his head to complain about him, he said, “I hope Teri Hatcher gets hit by a car and dies.”

But the show’s crew says Sheridan’s claim is not true, and even costar Eva Longoria is backing away from confirmation. In an interview with Ryan Seacrest, Longoria said that, while she knew Nicollette and Marc “had a thing on set a couple of years ago” and that “apparently this incident had happened and [Nicollette] felt it was wrong,” Sheridan thinks the producer “probably could not harm a fly.” Crew members told TMZ they never heard of or witnessed anything like the behavior Nicollette described.

Sheridan is already on the defensive: Her rep says, “It will not be a surprise if ABC and Mr Cherry try to depict Nicollette to be something other than a team player and long-standing industry professional.”