In The Icing on the Cupcake, Ansley Waller just had a really bad night. In Jennifer Ross’ The Icing on the Cupcake, Waller has been dumped by her fiance and humiliated in front of her sorority sisters. She then decides to head to New York and move in with her wealthy grandmother Vivian, who’s been estranged from the family since she abandoned Ansley’s mother at the tender age of five. 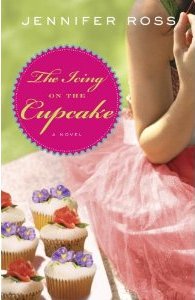 Regardless of her mother’s opposition, Ansley needs a place to lick her wounds and determines that now is as good a time as ever to reconcile with a grandmother she never knew.

Both apprehensive, the two women begin to bond over their shared love for baking.

But Vivian’s keeping some secrets of her own while dealing with an IRS investigation into her late husband’s investments that could cost her everything.

When Vivian insists that Ansley get a job or be sent back home with her tail between her legs, she decides to play to her strengths and open her own cupcake shop.

Determined to prove she can make it on her own, Ansley, using recipes from a book that’s been passed down for generations in their family discovers that it just may hold the key to the secrets of Vivian’s past. 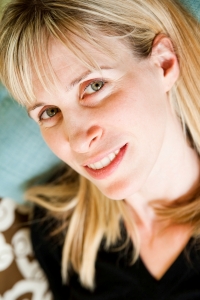 The Icing on the Cupcake is a charming story, thick with Texas charm and baking anecdotes.

Ross does a beautiful job of developing her characters and creating suspense surrounding the mystery of how any mother could leave their five-year-old child.

You’ll root for Ansley as she struggles to figure out what to do with her life now that becoming a privileged housewife is not an option any longer and your mouth will water as she stress-bakes her way through her troubles.

A lovely novel with a decadent recipe at the end of each chapter, I have a feeling you’ll find The Icing on the Cupcake as sweet as I did.