In their new flick, Date Night, between Tina Fey and Steve Carell’s comedic timing and prowess, there’s one thing for sure: we will be laughing — a lot.

In Date Night, thanks to mistaken identity, a ho-hum boring married Manhattan couple (Fey and Carell) has their romantic night on the town morph into a thrilling adventure. 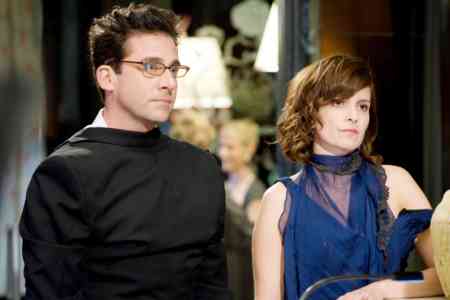 When she turns 40 in mid-May, Fey will have a lot of celebrating to do!

Depending on when you started following her, she’s been known for a long list of sparkling accomplishments. First and foremost, Fey became a household name when she was a regular on Saturday Night Live from 1997 to 2006.

And let’s not forget, she was the very first female head writer on the show!

In 2004, her first feature film as a screenwriter, Mean Girls, hit theaters nationwide and in 2008 she co-starred with SNL cast mate, Amy Poehler, in Baby Mama. Among her various cameos on shows, Tina returned to SNL as a guest last year with her impeccable impersonation of Sarah Palin. 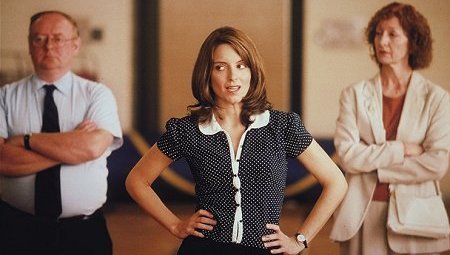 As for her co-pilot in Date Night, Steve Carell got his start in television as well, most notable with a Saturday Night Live alum, Dana Carvey. 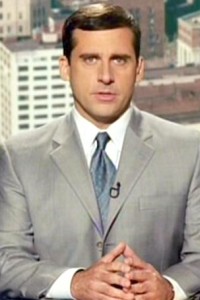 Carell appeared on six episodes of the shortly lived The Dana Carvey Show. The following year, in 1997 he appeared regularly on the show, Over the Top.

After a string of guest appearances on shows like Just Shoot Me, he appeared in Bewitched, Bruce Almighty and landed the lead in the 2004 film, The 40 Year Old Virgin (like Fey, he has writing in his blood as he wrote the original screenplay).

Followed by Little Miss Sunshine in 2005, he also snagged the lead role on NBC’s smash hit, The Office. Throughout the years Carrell also appeared on SNL (approximately twelve times from 1997 – 2006). And who could forget his turn in Jon Stewart’s The Daily Show.

Fey’s married to a Second City director (she spent several years at the troupe), and Carell met his wife when she was a student in an improv class he taught at Second City.

Stay with SheKnows for our April 8 interview with Carell and Fey!