Although Sandra Bullock has not served official divorce papers yet, it does not look good for Jesse James at this juncture, as Bullock has officially left their house. 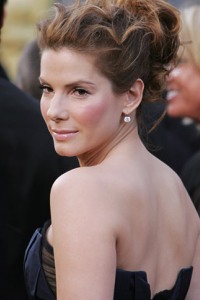 Movers showed up at the home Bullock shared with James on April 2 in order to move furniture out for good. Bullock hasn’t lived there since mid-March when she found out about Jesse’s affair with Michelle McGee.

Apparently movers packed a couch, love seat and boxes onto the truck.

In addition to the moving truck, a separate car arrived and a man and a woman packed several items into the car. Also over the weekend, James’ mother and his daughter, Sunny, carried boxes out of the house.

As Bullock has kept a low profile since the horrible news made front page headlines, rumors are circulating that she does not plan to forgive and forget and look the other way. One of her friends indicated to Us Weekly that she “definitely” has plans to file for divorce to end her nearly five year marriage. The friend indicated, “She is over him.”

Meanwhile, James is attempting to get help at an undisclosed rehab facility regarding his infidelity while his attorney indicates the reality TV star is determined to fix their marriage. His lawyer, Joe Yanny, told the Associated Press that James is still in love with Bullock. “Right now, he’s a broken man…The single most important thing to Mr James and the children is that the marriage somehow survive.”

Will Sandra Bullock file for divorce?

Jesse James apologizes to Sandra Bullock and his kids