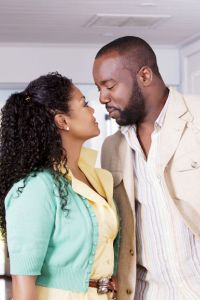 For their annual one week reunion, four close couples get psyched to reconnect, reminisce and in the process, we get an insider’s look into each of their relationships and how they handle various situations when they return home.

Not to give away the plot lines, but as the stories unfold about what goes on behind closed doors in each of the four relationships, Janet Jackson unleashes an unforgettable performance as Patricia. The iconic artist’s single Nothing, can be found on the soundtrack for Why Did I Get Married Too?

Here’s the critical point about this film: You’ll find yourself identifying with one or more of the characters.

Whether it’s in a current relationship or a past one, there is something downright substantial and real about this film and how you can relate to it.

As Tyler Perry and the ensemble cast including Jill Scott, Sharon Leal, Malik Yoba, Richard T. Jones, Tasha Smith, Lamman Rucker, Michael Jai White, and Cicely Tyson convened recently to promote the film in Manhattan, perhaps the film and his creativity may be summed up best: “I spend so much of my life living outside the box because I know when I go they’ll put me in one.”

Why Did I Get Married Too review

Read on for more Why Did I Get Married too