There was much water cooler rumblings over the caliber of the “stars” before this season of Dancing with the Stars kicked off, yet more fans are tuning in this year. While American Idol is still TV’s king, Idol is taking a ratings hit! 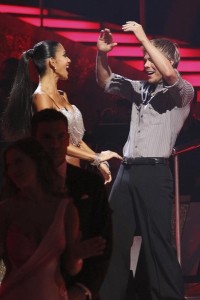 Last week’s Dancing with the Stars premiere pulled in 23.9 million viewers, making it the show’s most-watched opening ever. There was a slight drop to 22.56 million viewers with this week’s results show, but the show still took the number one spot Monday.

While the Dancing with the Stars Results couldn’t beat out American Idol’s performance show, Idol took a visible hit from the competition. Dancing with the Stars pulled in 14.3 million, bringing the ratings tycoon down to 19.7 million viewers. After Dancing ended, Idol’s numbers jumped back up to 23 million.

It seems this crew of Stars is juicy enough to bring in the numbers, after all.

As the show touts in the commercials, these are the “most talked about” folks. In other words, contestants like celebu-mom Kate Gosselin, Baywatch alum Pam Anderson, Pussycat Doll Nicole Scherzinger and hunky Bachelor Jake are people we love to gossip and titter about, and that’s paying off. Sports fans also get their fill from hottie sports reporter Erin Andrews and footballer Ochocinco.

Shannen Doherty, however, didn’t make the cut. She got the boot this week, letting 80-year-old icon Buzz Aldrin stay for another moonwalk. Doherty wasn’t exactly beloved during her Beverly Hills 90210 days and even more pointed, her heyday was before many of the voters were watching TV.

Pam Anderson was in the bottom two with Doherty, even though many expected to see Aldrin or Kate Gosselin there. Just goes to show how important the gossip factor can be in keeping someone in the game! Considering America’s love-hate relationship with the mom of eight, however, it’s anybody’s guess how long Gosselin will be able to hang on. 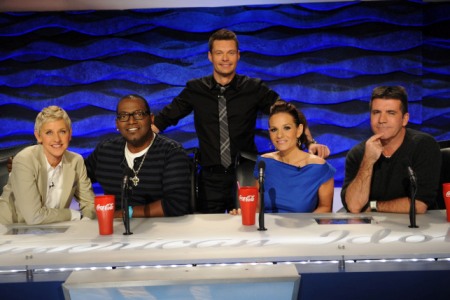 Meanwhile, there’s only so much to say about the American Idol contestant voted off. If you don’t watch the show, the contestant names just won’t lure you in. It doesn’t help that general consensus from fans is that the competition just isn’t as hot this year.

That said, loyal viewers weren’t surprised to see that Didi Benami didn’t make the cut this week with her performance of What Becomes of the Broken Hearted.

The show still delivered it’s share of big name folks to spice things up. Usher was on hand to mentor the first night and returned for a performance, along with Diddy’s new crew, Dirty Money, and former Idol winner Ruben Studdard, who lost 100 pounds living the vegan life.

American Idol hasn’t given up its reign entirely and as the number of contestants shrinks, the show only gets better, in terms of both the caliber of performances and the fans connection to the contenders.

While we continue to watch the action on screen, SheKnows will also keep our eye on the reality show showdown!

Which show do you watch and why do you think Dancing is a hit this season? Leave a comment and let us know!

read on for more dancing with the stars