With her new album Bionic landing June 8, Christina Aguilera’s hot new single Not Myself Tonight is out and we have it here at SheKnows! 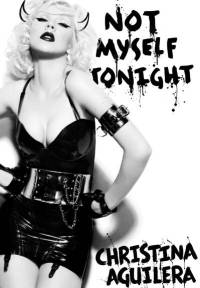 Aguilera may be a mom now, but at 29, the pop siren known for her impressive vocal range and soulful ballads is not too old to shake things up with a party anthem.

In fact, with collaborations with MIA, Santigold, Sia, Tricky Stewart, Le Tigre, Hill & Switch and Ladytron, the new album promises a healthy serving of dance tracks and new sounds from her.

“It’s really a fun, fun record,” Aguilera previewed during an interview on KIIS-FM. “I was inspired by a lot of electronic music, electronic artists, and so you’ll hear all those elements.”

As for the newly released track, the hook brags, “I’m not myself tonight; tonight I’m not the same girl,” and the The New Mickey Mouse Club alum ain’t apologizing for the wild turn! Just check out these lyrics: 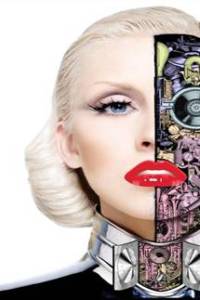 As often is the case, Aguilera cowrote several of the tracks on her new album, but that’s not the case with Not Myself Tonight. It was written by Polow Da Don, who wrote Usher’s Lil’ Freak and Paradiso Girls’ Patron Tequila, and Ester Dean, who wrote Rihanna’s Rude Boy and Ester Dean’s Drop it Low.

“I really make sure that I write all my material because it’s important that I feel it, but that song kind of showed up at my doorstep,” she explained. “I was asking for tracks, and whatnot, and that just kind of showed up. I was like, oh my God, I have to sing this song—it’s just so me.”

You can’t buy the new track on ITunes until April 13, but you can hear it here, now:

read on for more music news