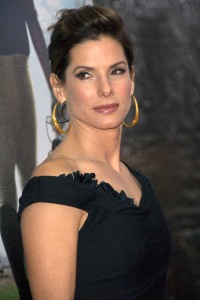 US Weekly says, “Yes!” And according to ExtraTV, the magazine is reporting that Sandra Bullock has decided to divorce Jesse James — no ifs, ands or buts about it.

Bullock has definitely moved out of the couple’s marital home, and a lot of activity has been seen around the Hollywood Hills home Sandra kept from before the marriage, including an assistant from her agency delivering scripts.

Is the couple even communicating?

James checked himself into an Arizona rehab facility for sex addiction treatment, but it sounds like Sandra’s not having it. A friend told Us Weekly, “When they talk, it’s very little and very nasty. She won’t forgive him for this.”

Bullock’s camp denied reports last week that the actress was already consulting with divorce lawyers, but Hollywood attorney Lynn Soodik said the details should be smooth sailing for the Oscar-winner whenever she decides to dump the dead weight — thanks to an ironclad prenup she made James sign.

“The split may be emotionally messy,” said Soodik, “but financially it should be simple… thanks to the prenup.”

Meanwhile, yet another scandalous story has emerged from the saga — this time from a tattoo artist claiming he and his receptionist has a foursome with Jesse and mistress number one Michelle McGee.

Eric McDougall told Life & Style he and Skittles Valentine (really!) got it on at a tattoo festival last summer while Bullock was promoting The Proposal.

“Eric and I were having sex and Jesse and I had sex,” claimed Valentine. “I had an awesome time. I think Jesse is so cute.”

Maybe Sandra is too busy having a battery of STD tests to call the lawyer.

read on for more sandra bullock