Jesse James has entered sex rehab while news emerges that Sandra Bullock has spoken with a divorce attorney. 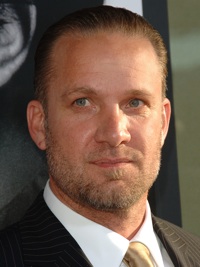 TMZ uncovered several clues that Bullock’s cad of a husband was heading to an Arizona rehab facility, and now the treatment center and James’ publicist have confirmed the news.

At least four women have come forward with claims of extramarital affairs with Jesse, and rumors of a Nazi-themed photoshoot comparable to that of one of his mistresses has further sullied his already heavily stained reputation.

Bullock is still laying low, but James has been seen out and about, bringing his kids to school and walking his dog. Four days ago he was pulled over by a California Highway Patrol officer outside of Blythe, California.

Instead of writing a ticket, the cop became an ear for James’ troubles: The speed demon reportedly talked to the cop for over 15 minutes about his troubles with Sandra and said he was on his way to Arizona to save his marriage.

But he wasn’t on his way to see Bullock. James was on his way to Sierra Tucson, a desert treatment facility specializing in drug, alcohol and sex addiction. A member of the center’s medical team confirmed Jesse had checked in and his rep also acknowledged the trip.

With these examples, Bullock might be tempted to stay by James’ side. Can she ever get over the pain of such a public humiliation in the face of what should be the most professionally fulfilling time of her life?