Lollapalooza tickets went on sale March 30, with the concert festival scheduled to hit Chicago’s Grant Park August 6 through 8. The lineup hasn’t officially been announced, but The Stokes are confirmed and rumors are floating about Lady Gaga, Green Day, Soundgarden and more! 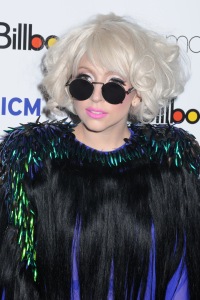 The official list comes out April 6, but the fest promises over 100 performers and according to chatter, Lady Gaga, Green Day, Soundgarden, Arcade Fire, Phoenix, Yeasayer, the xx, Dirty Projectors, Cut Copy and Hot Chip are expected to take the stage this summer.

What has been confirmed is that electronica acts like Bassnectar, Deadmau5, MSTRKRFT, Kid Cudi and Hollywood Holt will be spinning on a side stage! Super fans will also get a kick out of the FYE Tent, where there will be scheduled autograph sessions.

Even before the performer rumors, there were high hopes for the lineup. After all, last year included the likes of Depeche Mode, Tool, The Killers, Jane’s Addiction, Kings of Leon, Yeah Yeah Yeahs, Lou Reed, Ben Harper, Thievery Corporation, Snoop Dogg and Vampire Weekend, among others.

The last two years, Lollapalooza sold out 225,000 tickets in three days, which may be why some aren’t waiting for the official list to come out this year.

Early bird advance tickets have already sold out, which means fans can now buy the three-day passes at the second tier price of $190. Once those sell out, the price goes up again to $215. Three-Day Lounge VIP passes are available at $850 and really big spenders can contact Brittany Henley for info on private, air conditioned VIP cabanas.

There’s been no word as to when single-day tickets will hit the net or if they’ll come out at all.

You can buy tickets and get updates on the fest at the Lollapalooza website.

read on for more music news