Twilight scribe Stephenie Meyer left Twihards crushed and thirsty for more Edward when she announced she would not be publishing Midnight Sun, as previously promised. While Meyers is no longer delivering Edward’s version of events, however, Meyer is adding a new free novella to the Twilight series. 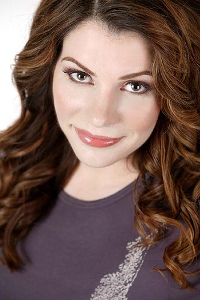 Instead of Midnight Sun, Meyer will release The Short Second Life of Bree Tanner: An Eclipse Novella as the fifth installment to The Twilight Saga.

“I began this story a long time ago — before Twilight was even released,” Meyer wrote on her official Web site. “Back then I was just editing Eclipse, and in the thick of my vampire world. I was thinking a lot about the newborns, imagining their side of the story, and one thing led to another. I started writing from Bree’s perspective about those final days, and what it was like to be a newborn.”

As with the originally proposed Edward book, this novella promises to tell the other side of a story Bella has already told. It follows the journey of newborn vampire Bree as she and the newborn vampire army prepare for their fateful battle with Bella and the Cullens.

“Her story is a nice complement to Eclipse,” Meyer continued. “It explains a lot of the things that Bella never knew.”

The 192-page book was used as a reference guide by the cast and crew of Eclipse and will hit stands on sale June 6, with $1 from every purchase going to benefit the American Red Cross.

As a thank you to dedicated fan, it will also be available at www.breetanner.com from noon on June 4 thru July 5.

SheKnows suspects most Twihards will want the book with cover, but it’s a nice gesture!

Read on for more Stephenie Meyer and Twilight