Gossip Girl is in full effect: It’s Monday night and the Upper East Side, NYC that only means one thing: good Gossip! 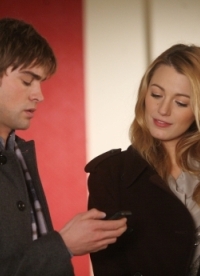 In the March 29 episode of Gossip Girl, The Empire Strikes Jack, Chuck is butting heads yet again with Jack Bass, his uncle.

Although Eleanor has an upcoming fashion show with a big wig client, she gives the reigns to her daughter, Blair, to ensure it goes off without a hitch. Meanwhile, Jenny volunteers with Eleanor’s fashion show but it sounds like things do not quite go as planned.

We all know it’s only a matter of time before she realizes Agnes is one of the models! From the looks of it, Jenny freaks out in a huge way.

Considering Gossip Girl aired last night in Canada, from the online comments of fans it appears tonight’s episode is not to be missed on the CW!

We’ll also get to see our fave Gossip Girl stars, Blake Lively, Penn Badgley, Chace Crawford, Jessica Szohr and Kelly Rutherford. In addition to a lot of screen time tonight for Blair (played by Leighton Meester), we’ll see the actress on the big screen co-starring with Steve Carell and Tina Fey in their new comedy, Date Night. Date Night will open in theaters nationwide on Friday, April 9 — look for a trailer during Gossip Girl!