On the heels of the major success of Alice in Wonderland, Disney has its eye on a live action film about its darkest villain, the animated evil queen who cursed Sleeping Beauty. Though neither Angeline Jolie nor director Tim Burton have officially signed on, there’s much chatter this week about the two joining the project. 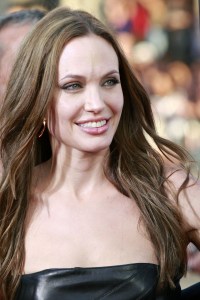 Queen Maleficent, with her green-skin, horned hair and pointy chin, is one of Disney’s most visually recognizable villains, though not all of realize where she comes from.

The evil witch who cursed Sleeping Beauty and then kept her hostage in the tower was first named by Disney in the 1959 film and can be found in books and TV, not to mention Halloween stores.

Now, the uber villain is fighting to return to the big screen in a live action movie. There’s still no script, but the idea of the film is to tell Sleeping Beauty from the evil witch’s side, a la Wicked.

Linda Woolverton, the screenwriter who re-envisioned Alice in Wonderland for the new 3-D romp and also worked on 1991’s Beauty and the Beast and 1994’s The Lion King, has reportedly signed on to recreate the villain, though no one is confirming that.

It’s hard to envision just how dark Woolverton will go with the story, since this shape-shifting character is one of the darkest villains in the Disney stable.

While Disney isn’t talking about the project, at all, word is Woolverton’s fearless leader from Alice in Wonderland, Tim Burton, is interested in signing on for the project. In fact, over a year ago, there was speculation that Burton and Jolie were both considering the project and some speculate that Jolie is waiting to sign on officially until she hears Burton is taking the helm. 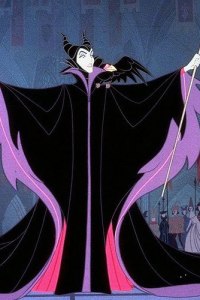 The sometimes vilified and definitely powerful Jolie seems a fantastic and fun call for the Mistress of All Evil, but this Disney project would certainly be a departure for her. Though she did voices for the family films Kung Fu Panda and Shark Tale, taking the lead in a live family movie is a very different animal.

Then again, after a string of projects like The Tourist and Salt, perhaps the famous mom is looking for a project she can take the kids to see. Then again, with the villain as main character, perhaps Disney is set to embark on a film that’s not exactly family-friendly.

Of course, all of this is speculation, not to mention an amazing amount of hype for a movie that hasn’t even been written yet! SheKnows will keep our eye out to see what the evil Maleficent can conjure up for herself.