What do you get when you combine Nickelodeon, an A-list Kids’ Choice Awards orange carpet and green slime? Um, a whole lot of fun, that’s what! 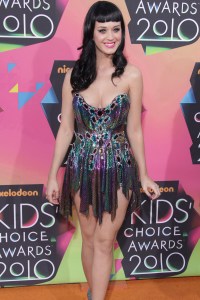 On March 27 at the UCLA Pauley Pavilion, comedian and actor Kevin James was the host of the star-studded (dare we say slimey?) event.

Although a few celebrities were absent such as Miley Cyrus, that’s ok because the celebs who were in the house were sparkling brighter than ever. Justin Bieber didn’t win an award however he was clearly a fan favorite as he sang his hit to his screaming, adoring fans, Baby. He told MTV News, “It feels great. I’m just happy to be here, happy to have so many supportive fans.”

And for thirteen year-old fan, Megan Call from Gilford, Connecticut, it was a spectacular night! Megan won an All Access Sweepstakes with Justin Bieber contest and beat out over 500,000 contestants! Megan was able to meet the entertainer, attend pre-show rehearsals and walk with him on the carpet.

Among other highlights, Bieber performed alongside Miranda Cosgrove and Rihanna. Tons of celebs were slimed such as Olympian speed skater Apolo Ohno as he was immersed in green slime with help from the WWE’s John Cena. There was no shortage of slime on Katy Perry, Tina Fey and Steve Carell.

As for the winners, although the President and First Lady of the United States were nominated in the category of best couple, they lost out to Jacob and Bella from Twilight which is ironic! Bella’s true love interest is Edward, played by Robert Pattinson, but it looks like kids across the country think that Jacob and Bella make a better couple.

Edward and Bella were also nominated in the same category and lost!

First Lady Michelle Obama did win an award, however as she took home the Big Help Award for her work with kids nutrition. 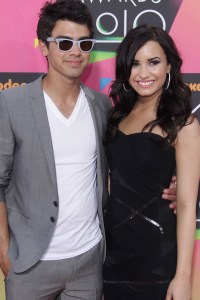 Read on for more on Kids Choice winners