Meet author Irene Zutell as she discusses her novel, Pieces of Happily Ever After, and joins our SheKnows Book Club bloggers and members tonight live on the SheKnows message boards. 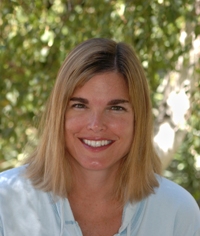 Author Irene Zutell moved from New York to LA — to the world of Hollywood and paparazzi, celebs and even…porn.

She recently sat down with SheKnows entertainment editor, Joel Amos, in LA to talk about what sparked her book, which we chose as our first SheKnows Book Club pick.

Which celebrity cheating scandal spawned the idea for Zutell’s book? Hint: it’s one of America’s movie sweethearts, but not Sandra Bullock who is currently emmersed in her own personal cheating scandal all over the news.

Nope, the idea from Zutell’s book came from another pretty woman in Hollywood.

Zutell talks about life as a writer, mother, neighbor to some interesting people, being a celeb journalist, how the paparazzi scared her during the OJ Simpson trial she was covering, dealing with a mother in law battling Alzheimer’s, her daughter’s penchant for mature dialogue and more.

Tonight on the SheKnows Book Club message board, author and former celebrity journalist Irene Zutell will join in with our official SheKnows Book Club bloggers, host and other book club members to talk about her fabulous book, Pieces of Happily Ever After.

Anyone can join the book club – it’s free, easy and completely online — by signing up on the SheKnows message boards.

Zutell, our official book bloggers and host will be on the message board tonight – Thursday, March 25, from 3 – 7 pm PST/6 – 10 pm EST – talking with Zutell about Pieces of Happily Ever After. Join the discussion!

Meantime, check out this interview with Zutell and learn how this mother of two, former New Yorker and People magazine reporter put together this great book.


About Pieces of Happily Ever After

Pieces of Happily Ever After is the story of Alice – a woman who thought she had it all. 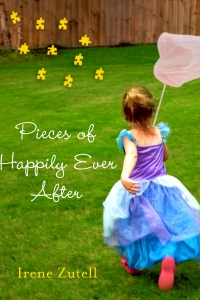 Her handsome entertainment lawyer husband suddenly leaves her for his client, a movie star known as The Sexiest Woman Alive, and suddenly Alice is thrown into the world of paparrazi and celebrity headlines.

But Alice has to move forward and care for her five-year-old daughter, Gabby, and her aging mother who has Alzheimer’s.

Throw in a sexy paparazzo, a former high school flame and some neighbors making… porn…and it’s a book that you won’t be able to put down.

Chat about the book tonight

And join us on the SheKnows Book Club message board tonight to chat with Zutell, our bloggers, host and other book lovers about this incredible book – and what a hot, timely topic: celebs, cheating, marriage, paparazzi, motherhood…this book has it all!