The Eclipse is a ghost story, but at its heart, Conor McPherson’s film is a love story in the classic romantic movie vein. 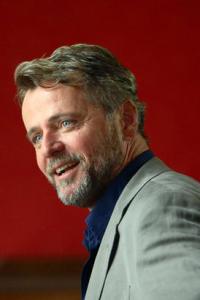 Starring Ciaran Hinds as Michael Farr, a man who has lost his wife and his way in his small Irish village by the sea, The Eclipse finds Michael suffering from numerous mind-shattering ghost sightings that leave him gasping for air.

SheKnows has an exclusive clip from the film that is currently available on Amazon, Video on Demand, Xbox and opens in the theaters March 26.

Lena attempts to aide Michael rid himself of his demonic thoughts, meanwhile she has her own issues with which to content.

She has a fellow writer, portrayed by Aidan Quinn, who is a little too concerned with her daily ins-and-outs. Quinn’s novelist is a former romantic interest of Lena and is having trouble letting go of his old love.

The two storylines converge as the thriller The Eclipse comes to a dramatic close.

McPherson is not only the director, but also the film’s screenwriter. His vision of Michael’s visions comes after gripping turns writing and directing 2003’s The Actors and 2000’s Saltwater. Both films show a filmmaker equally comfortable crafting love stories amongst the frightening world around us.

The Eclipse is not typical Hollywood fare and has the true feel of modern European cinema that audience become enchanted with of late, such as Coco Before Chanel.