ABC has the winning Wednesday formula by joining Modern Family, The Middle, Cougar Town and Ugly Betty. Tonight, the entire line-up is all new! 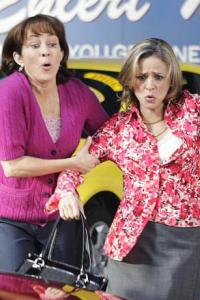 The alphabet network starts with Modern Family, the mockumentary following the families of Jay Pritchett (played by Ed O’Neill), his daughter and son. Jay’s daughter is a homemaker mom in a traditional family and has three kids. Jay is married to a significantly younger women while raising a pre-teen stepson while his son, Mitchell, is gay and has adopted a Vietnamese baby with his partner.

In the March 24 episode, Mitchell plants the seed in his father’s head for a new idea.

To follow up from the hilarious family comedy everyone can relate to comes The Middle. Starring Patricia Heaton as the generic harried woman and her dysfunctional family in any town, USA (Orson, Indiana on the show), we find this week’s episode a real treat.

Frankie, played by Heaton, starts worrying about her job when Amy Sedaris guest stars as a motivational speaker who talks to the sales staff. School projects are on the brain as Mike gives advice to Sue’s former beau in order to help Brick with the project.

Now, as you’re completely in the laughing zone, Cougar Town sparkles as Courteney Cox is on the prowl as a newly divorced women seeking out new adventures. Jules (played by Cox) proclaims she’ll give up wine for one month and a wine rep is jonesing for Grayson. Did we mention Sheryl Crow guest stars in a scene-stealing turn? Don’t miss it! 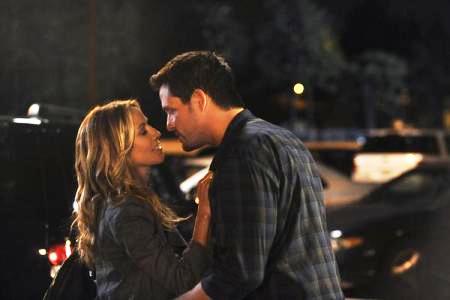 The mere thought of watching the fabulous Ugly Betty is bittersweet; sure, we know it’s quality programming but we also know it has merely a few heartbeats left as this is the last season of the breakthrough comedy.

Just as we sympathized and rooted for our hero Betty Suarez, the smart, enduring and hard working Mode magazine employee, we were told the show is ending! But alas, this week’s episode is fresh! Here’s a sneak peek: Unfortunately, our Betty was knocked unconscious during a photo shoot. As for the good news? She has a dream and her orthodontist (played by Kathy Najimy) depicts what life would be like bracesless.