Academy-Award-winner and two-time Emmy-winner Holly Hunter speaks with SheKnows about her multifaceted career, her plans to take a break from showbiz and her TNT series, Saving Grace, which kicks off its final nine episodes on Monday, March 29. 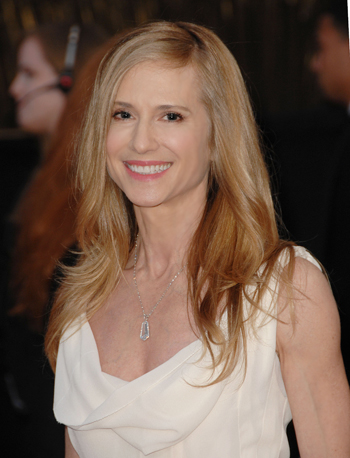 The actress started out on Broadway in the early 1980s but quickly plunged into movies, including her career-defining role in Broadcast News (1987).

In 1994, she picked up a best actress Oscar for her role in The Piano.

Throughout the years, Hunter has selectively chosen roles in television, including a memorable stint in The Positively True Adventures of the Alleged Texas Cheerleader-Murdering Mom (1993).

But it’s her role as Oklahoma City police detective Grace Hanadarko in TNT’s quirky, funny and tender Saving Grace that, since 2007, has solidified her status as TV star.

Hunter plays a free-spirited detective who’s conflicted by her faith. Detective Hanadarko is unsure what she believes in, even as her guardian angel Earl (Leon Rippy) is quite literally by her side.

SheKnows: As much as you’re known for your movie roles, you’ve had quite a TV career. Do you like working in television? 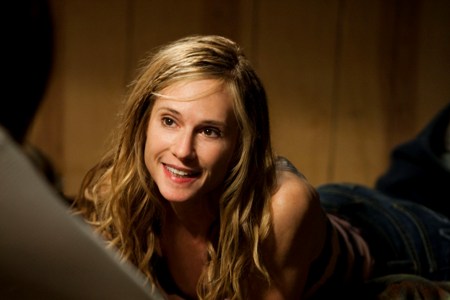 Holly Hunter: It’s a medium I’ve come back to regularly throughout the course of my career. The very first thing I did after Broadcast News was a TV movie called Roe vs Wade. Since then, I’ve regularly worked on movies for television. And I’ve always been offered TV series. But Saving Grace was the first series I wanted to do. This character is a woman who has something original to express. I’ve never seen this character before, whether in a play, a movie or on television. I was attracted immediately to the role.

A farewell with Grace

SheKnows: Saving Grace is finishing its run in a few weeks. Are you sad to see the show and your character, Grace Hanadarko, go? Or are you ready for your next challenge?

Holly Hunter: I view this in all ways. Esthetically, it’s great that the show has an end. It has earned a great ending, so it was beautiful to have the opportunity to bring it to a conclusion. We’re going to finish four great seasons. I’m thrilled about that. But, on the other hand, it will be great to move on and become involved in other things, both in my own life and my professional life, once I’ve rested a really good amount of time. I want to take a break from acting — a small break, but a welcome break. 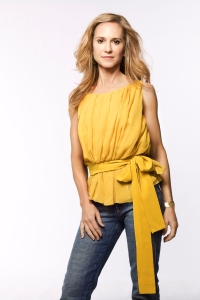 SheKnows: When you’re ready to get back to acting, do you think you may return to the theater?

Holly Hunter: Oh yeah, without a doubt. Theater is something I return to regularly throughout my career. Hopefully, that will continue. There’s something very exclusive about doing a play. Very few people see you. And they can’t carry it in their iPods – it’s not recorded. It’s only recorded in your mind. That’s cool. It’s a thing of a beauty to have something held only in your memory.

SheKnows: Over the years you’ve carried projects, meaning your character was almost the entire focus of movies such as The Piano. But in Saving Grace, while you’re the star, you’re part of an ensemble. Which do you prefer?

Holly Hunter: I like both. They each require very different things from me. I’ve never worked as hard as I’ve worked on Saving Grace. The work is tremendous but it’s also very gratifying.

SheKnows: Speaking of the show, you’ve been working with some outstanding actors, including Laura San Giacomo and Lorraine Toussaint. Has it been tough to say “goodbye” to your cast mates? 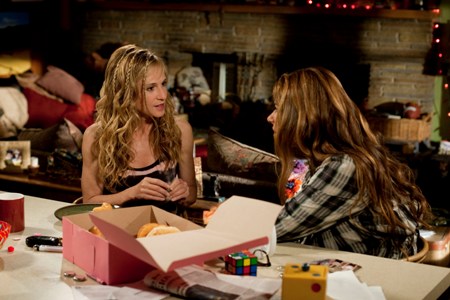 Holly Hunter: Of course. I love the cast and I love the hours we’ve compiled together doing really, really challenging work. We wouldn’t have these relationships except that we spent these many hours together, to the conclusion of what I think is four fantastic seasons.

SkeKnows: Your life partner and the father of your kids, Gordon MacDonald, has a guest-starring role on Saving Grace. What’s it like to act with him?

Holly Hunter: It was great working with Gordon. I met him in 2001 when we were acting. It’s a place where we understand each other. It was a real pleasure.

SheKnows: Last thing, in Saving Grace, your guardian angel is a key character in Grace’s life. What about you – do you believe there’s a higher power guiding you along?

Holly Hunter: I believe there’s a real power that we all have. The largeness of the community is a powerful thing. I feel like that is a higher power – our collective unconscious.

Dancing with the Stars is back!
Thomas Calabro Melrose Place exclusive
10 Questions with Julie Benz