Tim Burton’s Alice in Wonderland continued its box office dominance to the tune of $34.5 million the weekend of March 19, 2010. This put the Walt Disney Pictures film at a cumulative gross of $265.8 million. Despite new competition this week in the form of Diary of a Wimpy Kid and The Bounty Hunter, Johnny Depp and company were still tops for a third straight week. 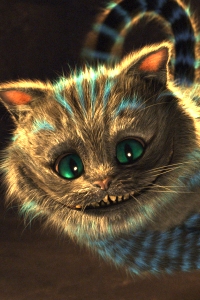 Diary of a Wimpy Kid debuted in second place — not too shabby for the 20th Century Fox flick. Holding strong at $21.8 million, it beat out its third-place finisher, Jennifer Aniston and Gerard Butler’s The Bounty Hunter.

The Bounty Hunter made its sparkling debut in third place at $21 million, but we wonder if it will have staying power next week or if it will fizzle, as predicted by its lackluster reviews. We also wonder why the talented Aniston doesn’t audition for meatier roles but alas, that would be for another discussion.

In fourth place is Repo Men, and rounding out the top five is the hilarious She’s Out of My League in fifth place.

League raked in a little over $6 million this weekend, and if our hunches are correct, this movie will stay popular thanks to word of mouth and the dating system it highlights.

And let’s not forget about Avatar, which continues to make tons of moolah for its studio. The 20th Century Fox film took home $4 million last weekend for a cumulative gross of $736.9 million. 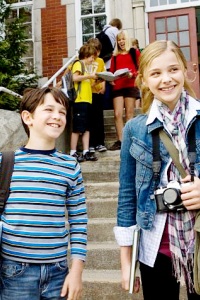