The estate of Anna Nicole Smith lost its bid for the inheritance the bombshell spent years fighting for. 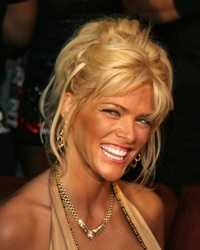 A federal appellate court ruled that Smith’s estate — the lion’s share of which belongs to her only heir, toddler daughter Dannielynn Birkhead — is not entitled to any of the millions left behind by oil baron J Howard Marshall.

Smith wed Marshall, 63 years her senior, in 1994 after meeting in a strip club and carrying on a two year relationship.

Anna maintained throughout her life that although she never actually lived with him, she loved Marshall and he verbally promised her half of his $1.6 billion estate upon his death.

But now the two main players — Anna and Pierce — are gone, and it’s Pierce’s widow pitted against Ana’s daughter.

“It’s been a very sort of sad story — so many people involved in this case have died,” said Kent Richland, a lawyer for the model’s estate. But there is still hope for little Dannielynn.

“This is not the final step,” Richalnd said. “This is only an intermediate court’s ruling.”