Sandra Bullock is moving out of her home with husband Jesse James amidst allegations that he’s been cheating on her. Is it merely a continuation of the supposed Oscar curse, or simply another chapter of celebrity marriage infidelity? 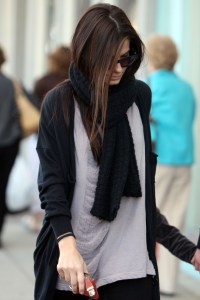 Bullock, fresh from sweeping the awards season and landing an Oscar for Best Actress for The Blind Side, found herself — yes, I’ll say it — blindsided by the news that her husband may have been having an extramarital affair. The infidelity allegedly occurred during the entire period that accolades were landing on Bullock for the first time in her career.

In the last several years, the Best Actress category from the Oscars has become a graveyard for seemingly happy marriages.

Likewise, Halle Berry and Hilary Swank saw their marriages dissolve as their careers hit newfound highs after they accepted their Best Actress Oscars.

The curse is not limited to the trophy-winning women, though. Sean Penn took home the Best Actor Oscar a year ago for Milk. One thank-your-wife omission from his acceptance speech, and the fix was in: Penn and wife Robin Wright would soon divorce.

That is exactly the point. Sure, the curse seems odd, but Hollywood marriages break up all the time. The fact that someone has recently won her vocation’s top honor is almost irrelevant.

As with the Bullock-James scandal, each marriage’s troubles are unique. She, America’s Sweetheart, settles down with the rough-on-the-outside guy. Just as she gets her inner circle — even Hollywood at large — to accept him as the supportive husband of a woman pursuing her dreams, poof! Another Hollywood marriage hits the rocks.

The trouble with the Bullock scandal is that now, James’ name is linked to recent philanderers Tiger Woods and John Edwards. They’re in different leagues but still part of the same old story. 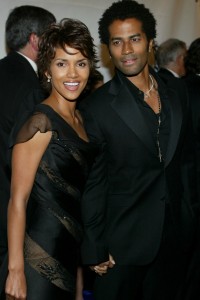 Men coupled with powerful women have a long history of compensating for their perceived lack of power by conquering lovers other than their spouses. Berry, in fact, went through it twice — once with baseball pro David Justice, and once with Oscar-night husband Eric Benet. Frequently called “the most beautiful woman in the world,” Berry has seen both her marriages fall apart to infidelity.

The curse that isn’t

Berry and Bullock are both Best Actress Oscar winners. true, but their marital experiences look a lot less mystical when taken out of Academy Award context. Put your thinking cap on and ponder the Hollywood marriages that have lasted beyond 10 years. Not a big feat, a decade, but in Hollywood, it might as well be a century.

Hollywood couples who are on their first marriages with no scandals, affairs, rehab stints or salacious news surrounding their wedded bliss are rare. I can think of one: Jeff Bridges and his wife (ever present on his Oscar-winning night). Even Steven Spielberg and Kate Capshaw had previous marriages, and Goldie Hawn and Kurt Russell are not married.

Bullock has our wholehearted sympathy. No one deserves the pain of infidelity, especially her. But if there is any comfort in her pain, it is that she is hardly alone in the hills of Hollywood.

James may apologize, and Bullock may move back into their home — but if not, given the odds of Tinsel Town marriage, this is not a shock. It’s merely the next chapter in a very long, juicy book.