The only thing more common than tans, palm trees and plastic surgery in Hollywood, seems to be celebrity hook-ups gone wrong. From Brad and Jen to Tom and Nicole to Cameron and Justin, La La Land is littered with the remains of failed relationships. But there are some exceptions to the rule.

We’ve come up with the ultimate list of top celebrity couples that have stood the test of time. Whether through working together, mutual respect or an abundance of common ideals, these tireless celebrity twosomes take commitment seriously. Check it out. 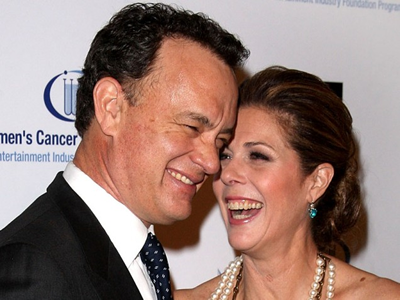 Why this celebrity couple lasts:

Married since 1988, these two make marriage look effortless. Being in a long-term, committed relationship takes teamwork, and Tom Hanks and Rita Wilson are a strong team. They not only support each other in their respective careers, but also work together. The couple have appeared in a few films together, including Volunteers, Sleepless in Seattle, and That Thing You Do. They have also co-produced several films together, including the sleeper hit, My Big Fat Greek Wedding, which Rita Wilson discovered the script for and the couple produced together. They also manage to keep their private lives private, which is a huge component to lasting celebrity couplings. The less you’re in the tabloids, the easier it is to focus on the important things in life, like making your marriage work.

Next: Rock star love, no doubt