Lady Gaga is embarking on her biggest tour to date hitting arenas across the country in support of her The Fame Monster release. 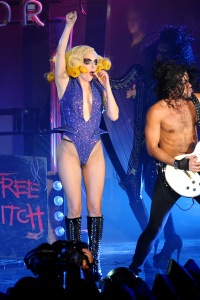 Lady Gaga is eccentric with oodles of talent who has always marched to the beat of her own drum. The entertainer has released dates for her Monster Ball summer tour and from the looks of it, it’s gonna be huge!

Lady Gaga originally was supposed to perform with Kanye West for a tour, Fame Kills. Well, that was cancelled and then she concocted a live show this past winter. No stranger to live performances, getting her dancing shoes on in small venues way back when in her hometown of New York City, Lady Gaga will kick off her 31 tour dates in Quebec in June 28.

She’ll embark on an ambitious national tour ranging from Cleveland to Portland, Boston to Detroit, no major city is left unturned! She’ll also tour in major Canadian locations as well.

Tickets for most of the shows will go on sale this Friday, March 19, at LiveNation. Although there has been some buzz since there aren’t any dates for Chicago on the show and a gap in her schedule in early August. Insiders are also speculating that Lady Gaga will perform at 2010 Lollapalooza.

The self-described tour, pop-electro opera, will likely be theatrical and downright dazzling. Lady Gaga told Rolling Stone last year the concept is based on the future. “The theatrics and story elements are in the style of an opera. Imagine if you could take the sets of an opera, which are very grand and very beautiful, and put them through a pop-electro lens. The design of the show is very, very forward, very, very innovative. I’ve been thinking about ways to play with the shape of this stage and change the way that we watch things.” 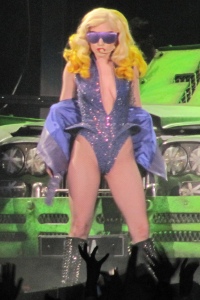