Thomas Calabro talks exclusively to SheKnows about his life as Dr Michael Mancini on Melrose Place, as well as his 20-year career out of Mancini’s scrubs. 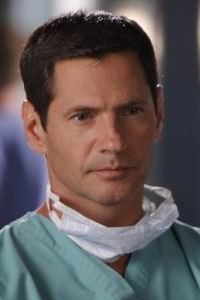 SheKnows: Thanks for visiting with SheKnows this morning!

SheKnows: I want to first start by asking, when you first started hearing about a return to Melrose Place, what were your thoughts even before they asked you?

Thomas Calabro: Even before they asked me? I don’t know how far back to go! I guess my first thought was after the show was over was this will never happen again; it’s done. No shows come back. Then, 10 years later, 90210 came back and I thought well, if that does well, things like Melrose might. And then when it did, I thought well if Heather doesn’t come back, they might ask me! So I figured they’d go to Heather [Locklear] first then I’m thinking Michael Mancini was the second most defining character on the show. Anyway, I ended up having that meeting with them. Went in with trepidations because I didn’t know Darren [Swimmer] and Todd [Slavkin], of course that was one reason and two, I don’t know if I wanted to duplicate what I had already done.

SheKnows: Right, I can imagine as a creative person…

Thomas Calabro: With the success of a show like Melrose Place, with the notoriety of being so identified with Michael Mancini; it’s a blessing, it’s a curse. They’re going to see you in that kind of role moving forward. In the 15 years of previous work in which I’ve done tons of character stuff, no body knows that! No one thinks of me that way. So I needed to know if I needed to be more entrenched in the same kind of character and undo the stuff I had done in the 10 years since to move myself away to do other kinds of things. However, then I met Todd and then it was a whole different kind of story.

SheKnows: I was going to ask, it had to be what they had done with this character “while we were away” that enticed you to come back, I would think.

Thomas Calabro: It was twofold; one that they weren’t looking to do Melrose Place over again. They were looking to do Melrose Place in their own vision. That was huge. I think that to be successful as an artist, you got the best chance if you’re following your passion. Todd and Darren are two guys that grew up in LA and they saw the show as and paid homage to it, and I thought well that’s beautiful. They love it; they want to show the world it and everything that goes on in it! God knows, that’s a life with drama, so that’s gotta be good! The second thing is they had a whole new vision of Michael Mancini. Not so new as to move him from his core, because the man will do anything to get what he wants, but he was in a new position in life. 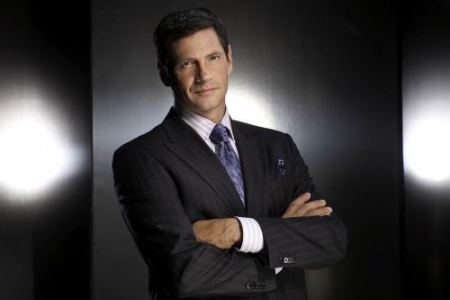 First of all, he had a nuclear family, which I had never ever played before, he had a twenty-something year old son, which I had never had and had a whole different dynamic going on there! They didn’t want him just used as a superfluous dad that just came in and scolded his kid once in a while. He was going to be intertwined in many of the main characters’ storylines. So that became really interesting to me. There was a whole new dynamic. He wasn’t struggling in his career; he was on top of his career. He was almost so infallible; I almost wanted to see how he was going to fall! And we will, especially the second half of the season! You see a man showing, you know, many “chinks” in his armor, many vulnerabilities that, in the beginning of the season, I don’t even think anyone though existed! He’s so cool, calm, collected and killer, you know what I mean?

SheKnows: Yes, but you as the actor had to know that it was in there somewhere!

Thomas Calabro: I know. It would cease being fun if he was infallible, so you’ve got to come up with that sooner or later.

SheKnows: You mentioned a different team with a different vision. In some ways, Melrose really helped make Fox and, in a way, you guys are doing the same thing with CW. Any different being on a different network at all?
Thomas Calabro: You know, every network has their own personality, so shows become part of that personality; what defines it, what creates it and vice versa. Much like what’s going on here. As we find our legs in season one, kind of parallel to the first Melrose, we didn’t blow them out of the water with ratings the first year either, but we grew and we developed. It happened when the creative team, the writing team and the network started to blend, find strengths and find what works well in our dynamic. That’s what’s happening with Melrose Place. You’ll even see evidence even in the second half of the season that we’ve grown from the first. Very excited about it!

SheKnows: It seems to have followed again, that re-do pattern of 90210; they really found their legs in the second season and have become, once again, an institution and it sounds like you guys are doing that same sort of thing. Also, the cast has shifted a bit here and there. How is it now, sitting where you are with the cast that you come to work with everyday?

Thomas Calabro: What can I say; I think they’re supremely talented. I think the addition of Heather was a great addition. Not only is Heather a great gal to work with but she has this persona that she bring with her that adds a certain “defining style” to the show. She did that the first time around too! She came on and we were fully committed to night time soap! More than anything, I think that’s what set it is bring Heather Locklear on to the show. We do some of that again and then we’ve made some adjustments for the young cast. Everything’s done to find your legs creatively; what’s working for us, what works for our storylines, what works for our audience. I’m very excited about the show going forward.

Up next…Thomas tells SheKnows about directing and his hopes of bringing that aptitude to Melrose Place 2010!