The NCCA men’s basketball tournament, otherwise known as March Madness, may get more attention, but the NCAA women’s basketball championship kicks off March 20 and the women are ready for action. The question is: Can anyone take down UConn Huskies?

The NCAA basketball championship starts this weekend, 64 hopeful women’s basketball teams start the battle to reach San Antonio, Texas, where the semi final and final rounds will be played. 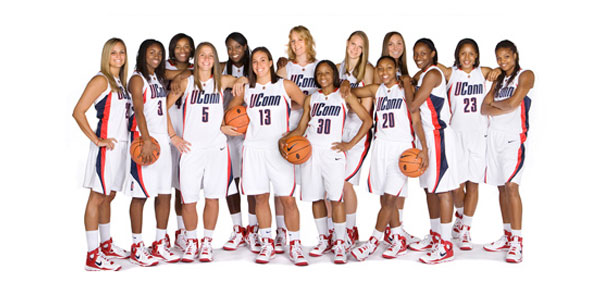 With Connecticut, Stanford, Tennessee and Nebraska the top seeds in the women’s tourney this year, fans are expecting to see fierce competition on the courts over the next weeks, but Connecticut seems decidedly above it all.

In fact, many consider it a given that UConn’s Huskies will take home the trophy. The team brags a record breaking 72-game winning streak, with nothing but wins this and last year!

That’s earned them lots of attention, but surprisingly, not all of it has been positive. The unstoppable team is getting slammed by some experts, commentators and bloggers for ruining women’s basketball.

Taylor adds that there’s still a school of basketball fans who consider women’s ball a less exciting and skilled game then men’s, and dominators like the Huskies don’t help that perception.

“The best team in the game is, at the moment, the worst thing for the game,” he wrote.

That seems a bit absurd to SheKnows and many other women’s basketball fans, including Hall of Fame guard Nancy Lieberman.

For better or worse, however, a loss for UConn would be a true upset and upsets aren’t common in women’s ball. Then again, they do call it March Madness. Anything is possible! A fierce contender like Texas A&M or a comeback surprise from Tennessee could end the streak.