Alice in Wonderland tops the box office for a second week in a row! 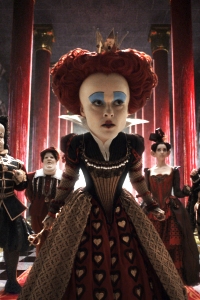 In comparison to its opening weekend, Green Zone didn’t quite fare as well. The Iraqi war action flick starring Matt Damon pulled in approximately $14,534,520. On the heels of The Hurt Locker’s big wins at the Academy Awards, perhaps it was too soon for another war flick?

This isn’t to say the film won’t pick up speed but for its opening week it trailed Johnny Depp’s film, Alice in Wonderland.

The fabulously funny flick, She’s Out of My League, also debuted this weekend to the tune of $9,600,000 in third place which is an impressive showing for the director’s, Jim Field Smith, first film. She’s Out of My League stars Jay Baruchel and Alice Eve and is full of a hilariously supporting cast.

Remember Me came in fourth place with its opening weekend and Leonardo DiCaprio’s film, Shutter Island, holds strong in fifth place raking in $8,140,000 weekend box office receipts. In no surprise to movie insiders, Avatar continues to hold strong at number 7 at $6,600,000. We can only imagine what the receipts will ring up to by the time the DVD hits stores!

Rounding out the list are Brooklyn’s Finest which dropped from second to eighth place, Cop Out, and yes, The Crazies. The Crazies, a sci-fi thriller showcases inhabitants of a rural town in Iowa who are plagued after an unknown toxin gets into their water supply.

Here’s a quick recap of the top ten films from this past weekend: