Unplugged returns to VH1 with Adam Lambert, who puts aside his synthesized sounds to croon with classical guitar, piano and bongo drums. 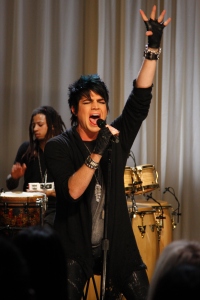 Lambert is known for strutting his stuff around the stage, but last week, he took a seat to record stripped-down acoustic versions of tracks from his debut album For Your Entertainment.

On the Unplugged hit list were Music Again, Mad World, Whataya Want From Me, Broken Open and Down the Rabbit Hole.

The result is a toned-down Lambert, but you’d better believe the diva looks and sounds as fabulous as ever. In fact, some fans may be reminded of how his voice won them over on American Idol to begin with.

In addition to performing, the American Idol alum turned hit-maker talks about how he chose his playlist and what it was like to get Unplugged.

“It actually allows you to kind of play with the melody and the rhythm even more, because you feel it more,” he said of performing Unplugged. “It’s live. There’s actual human touch going on. There’s something really beautiful about that.”

Because all his tracks start at the computer as opposed to an acoustic instrument, this set had never been performed unplugged and had to be re-imagined and arranged for Unplugged’s intimate show.

“The biggest challenge, as far as arrangement goes, is Broken Open,” Lambert said. “On the album, it’s very, very electronic. It has a lot of ambient sounds — a lot of synthesizers and beats and blips and textures. Creating an acoustic arrangement, we had to get creative with it. You can’t quite replicate what’s going on in that track, but I’m really happy. We found something that’s simple and lets the melody stand on its own.” 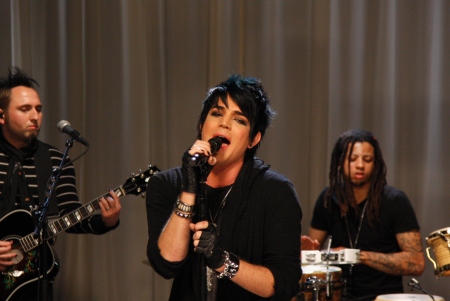 Unplugged has been quiet for awhile, and Lambert’s is the first of eight new episodes for the former music television titan. Future Unplugged sets come from Phoenix (for MTV), The Script (for VH1) and Reba McEntire (for CMT).

Past performers have included Amy Winehouse, Fall Out Boy, Black Crowes and Katy Perry. They can all be viewed at VHI’s Unplugged at unplugged.vh1.com.

In the meantime, enjoy these Unplugged performances from Lambert!