She’s Out of My League is fresh, funny and downright fun. As you watch the average guy, Kirk (played by Jay Baruchel) catching the eye of party planner Molly (played by Alice Eve), there’s a refreshing role reversal at play.

Although his hilarious friends deem mating math and how she’s a perfect “10,” he’s merely a few points below that on the dating food chain as a “5,” they start playing mind games with him in terms of how a successful, smart, nice and pretty woman would never go for a “5.” 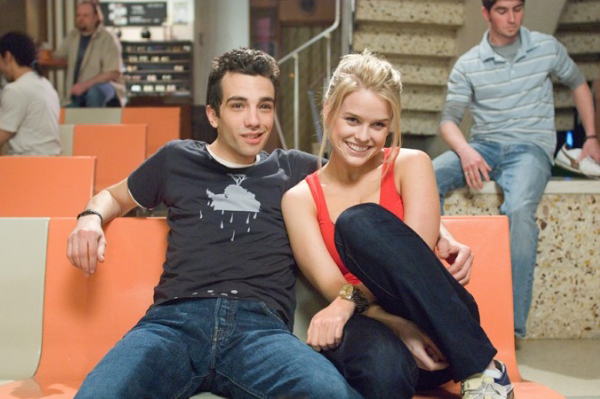 Considering how some scenes included improv, first-time director Jim Field Smith brought the best out of his cast with his direction style. You’ll find yourself laughing out loud throughout the flick. (And if you’re a fashionista at heart, you’ll also admire the costume of Molly and wondering where that woman goes shoe shopping!)

In a twist from other romantic comedies, Molly pursues Kirk. She has the power, the smarts, the upper hand. She’s not docile, she’s not weak and she’s not even bitchy! In this refreshingly rambunctious comedy, all of the casting is spot on including his buddies played by TJ Miller, Mike Vobel, Nate Torrence, and the ex-girlfriend played by Lindsey Sloane and Molly’s sidekick Krysten Ritter.

Overall, this flick is fun, it’s light and fresh and will leave you realizing how silly it is to listen to others when the only thing you need to listen to is your heart.

Out of Five stars:

Inside She’s Out of My League
Review: Alice in Wonderland
Oscar winners in their own words