In Matt Damon’s latest action flick, Green Zone, a US Army officer goes rogue as he searches for weapons of mass destruction. 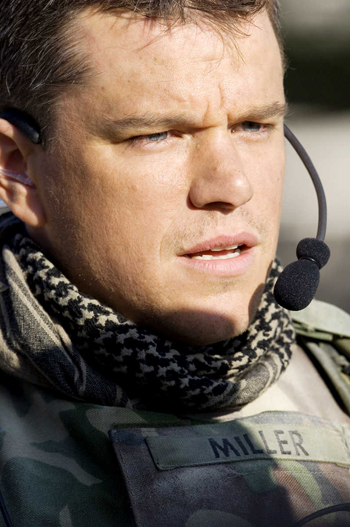 Sounds like a boy flick, huh? Think again. Although Green Zone appears to be a war flick in all its glory, the countless plot twists, action sequences and dialogue make it a deep, meaningful movie.

Having perfected the character of Jason Bourne and directed by Paul Greengrass, the same director of The Bourne Supremacy and The Bourne Ultimatum, Matt Damon returns to the big screen as the hero.

There’s also the female journalist, played by Amy Adams, who perfectly captures the female view on war. Also, considering how The Hurt Locker, another war flick, made an impact at the Academy Awards this year, perhaps Green Zone will have mass audi?ence appeal as well.

Green Zone also stars Greg Kinnear who stands in as a Bush Administration guy heading up the White House in Baghdad, ordering around Damon’s character while he tries to put a former Iraqi in charge of the local government. Inspired by a book, Imperial Life in the Emerald City, the film also has funny moments full of satire.

No stranger to war movies, Damon starred in Steven Spielberg’s Saving Private Ryan which has been touted as the greatest war film ever. Now that his Iraq-based war thriller is out, he’ll be battling? ?it out in the box office against another marquee highlight, ?????????Johnny Depp????????? ?in Tim Burton’s Alice in Wonderland.

Inside She’s Out of My League
Eclipse trailer sneak peek
Review: Alice in Wonderland is wondrous