Twilight fans have barely caught their collective breaths after the release of New Moon and now the first teasers for the third Twilight installment, Eclipse, has premiered! 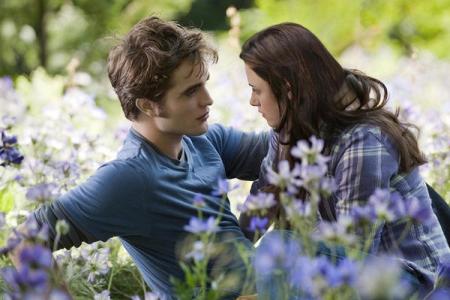 This is just a ten second teaser, however, to get the Twi-hard juices flowing again. The full-length trailer will hit the big screen March 12 as an official preview to Robert Pattinson’s upcoming flick, Remember Me.

Eclipse is due in theaters June 30 and hopes to see the fandemonium of its predecessor, New Moon, which is out on DVD March 20. You can also get your Pattinson fix, along with that full length preview, this weekend if you head out to see Remember Me at theaters nationwide.

Meanwhile, Twilight: The Graphic Novel, Volume 1 hits bookstores in less than a week, due out March 16, 2010. Twi-scribe Stephenie Meyer has teamed up with Korean artist Young Kim to create this graphic novel that tells the story of the first half of the book Twilight, with the other half to come out at a later date.

“I’ve enjoyed working on this new interpretation of Twilight,” says Meyer. “Young has done an incredible job transforming the words that I have written into beautiful images. The characters and settings are very close to what I was imagining while writing the series.”

read on for more twilight saga