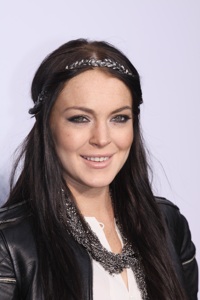 The delusional has-been claims the hilarious commercial, featuring the talking E-Trade baby boy Skyping with a baby girl trying to talk his way out of trouble, references her with the line “That milkaholic Lindsay.”

Not “That milkaholic Lindsay Lohan.” Just the first name. LiLo now thinks she is as famous as Madonna and Cher, and that E-Trade is directly referencing her.

Lohan’s lawyer says, “Many celebrities are known by one name only, and E-Trade is using that knowledge to profit. They used the name Lindsay. They’re using her name as a parody of her life. Why didn’t they use the name Susan? This is a subliminal message. Everybody’s talking about it and saying it’s Lindsay Lohan.”

The delusional actress has filed suit for over $100 million: $50 million in exemplary damages and $50 in compensatory damages.

After choking back the biggest guffaw of his life, a spokesperson for Grey Group, which produced the ad, said that they “just used a popular baby name that happened to be the name of someone on the account team.”

Lohan must be hard up for cash. She only has one flick in the can, according to IMDB, and Ungaro has dropped her as their fashion advisor after last season’s couture disaster. (Oh yes, Lohan is probably suing them, too.) When Lohan, who is currently attending Paris fashion week, was asked why she wasn’t at that morning’s Ungaro show, she replied, “Because I don’t work for them anymore… There’s legal things going on; I can’t really discuss it.”

The funniest part of all of this is that her crack legal team thinks she has any money to pay them for filing these frivolous suits in the first place.