Sarah Pekkanen’s debut novel, The Opposite of Me, hits stores March 9 to a lot of anticipation and early buzz. A tale of two sisters — twin sisters, one smart and one pretty, who think they have nothing in common — The Opposite of Me is a perfect, funny novel about how our roles as sisters define us into adulthood. 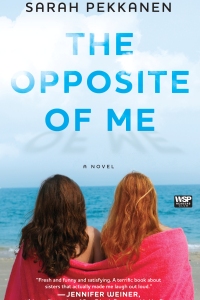 We first told you about debut author Sarah Pekkanen, when we highlighted her in our SheKnows Chick Lit Spotlight. And now readers and big time, bestselling authors like Jennifer Weiner and Allison Winn Scotch are taking notice of her fabulous new novel, The Opposite of Me.

In fact, with the help of Jennifer Weiner who urged her Facebook fans and Twitter followers to buy Pekkanen’s new book, The Opposite of Me broke the top 100 on Amazon and the top 30 on Barnes and Noble’s website last week due to pre-orders.

If that doesn’t say excitement, Pekkanen is also getting glowing reviews from magazine’s like Redbook which picked the book for March. Big expectations like this can be hard to live up to, but Pekkanen does it with humor, style and flair.

As The Opposite of Me opens, Lindsey is sure that she is on her way to becoming the youngest VP of advertising in her company’s history – not that her mother can appreciate anything she does without making sure that she knows of her twin sister Alex’s successes. Alex has always been the pretty one – no, make that the gorgeous one. You know, the one who parlays a career in modeling to a career on television. But, Lindsey doesn’t care too much about what Alex is accomplishing or how her fiance is, because Lindsey is rocketing through the world of advertising. Until, suddenly, she isn’t any more. When Lindsey’s career, the very thing that defines her, goes down the drain, Lindsey finds herself back at home and back in increasing competition (even if it may be mostly in her head) with Alex. 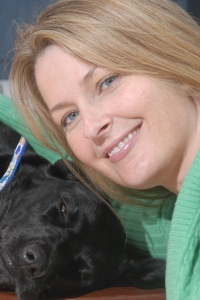 The Opposite of Me is excellent. Pekkanen showcases her fabulous writing ability and sparkling and sometimes sarcastic wit regularly at the Debutante Ball, where she is one of the 2010 Debs, every Tuesday. She has a great, strong voice and sense of humor in all of her posts, and her voice was exactly the same and just as fantastic as ever. Her wit and personality became Lindsey’s, making Lindsey feel incredibly three-dimensional and real, all the while providing fantastic insights into the realities of work and family life.

About half way through the book, the plot appears to be going in a fairly typical, perhaps even predictable chick lit direction. You know, girl loses job, girl finds self. “Okay,” you think, “so it is sort of the same old thing, but it is so fresh and funny that I like it anyway.” And then Pekkanen takes the story in a direction you never expected, one much deeper and more meaningful than the vaguely cliché storyline you were expecting.

This is the point where The Opposite of Me goes from fun and really pretty good to a book you are recommending to all your friends, pushing on strangers during spring break, and begging your book club to choose so you can discuss the ways the roles of sisterhood and family expectations shape who you become.

The Opposite of Me is sweet and hilarious, light and insightful. I highly recommend it.

review: Out of five stars: