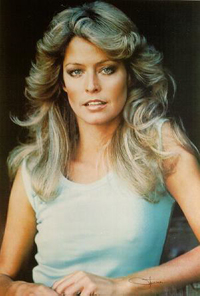 Fawcett, who died in June 2009, was notably absent from the annual tribute to those involved in the movie industry during the 2010 Academy Awards broadcast. Although her career was primarily television-based, other artists such as Michael Jackson were included who did not make their own careers in the movies.

Bruce Davis, the executive director of the Academy of Motion Picture Arts and Sciences, added: “It is the single most troubling element of the Oscar show every year. Because more people die each year than can possibly be included in that segment.”

Davis says they regularly have to whittle a list of over 100 down to 30. “You are dropping people who the public knows. It’s just not comfortable.”

Farrah’s longtime partner Ryan O’Neal is livid over the exclusion. “It was a terrible decision and very hurtful,” he told Radar Online. “Farrah was a member of the Academy for over 40 years and we could not believe she did not get a mention.”

“Both Tatum and I were very upset and we intend to write a letter to the Academy to try and get an explanation for this oversight on their behalf.”

“They gave mentions to sound guys and other writers and without being disrespectful, Farrah Fawcett was an icon and a household name. Quite frankly, we were stunned at the decision not to include her in the tribute and I feel that the Academy should be scolded for that, everyone was shocked.”

Stars honored included Patrick Swayze and Brittany Murphy, among others.

read on for more oscars