Maxwell took over the music world when he first debuted eight years ago. Then, he disappeared. Almost a decade later, Maxwell returned with the three-album series Blacksummers’ Night. Millions of sales and two Grammy Awards later, it is safe to say Maxwell now has the luxury of making his own timeline. 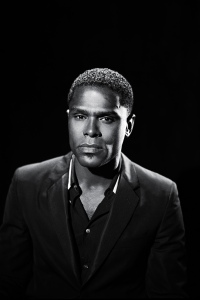 SheKnows: Thank you so much for talking to SheKnows Entertainment’s Music Channel. It’s such an honor and pleasure to speak with you today.

Maxwell: Hey man, thanks for having me.

SheKnows: I was curious when an artist takes a long period between projects, as you’re about to release it — normally there’s something going that’s through you — nerves, excitement, apprehension. Is it any different after you’ve taken eight years?

Maxwell: Yeah because it’s like the time weighs itself against, you know, all of it at once, there’s always a level of all that you just stated, that go into all that pre-stuff before you release a record. But when you have all that time away, and you realize whole careers have begun and ended in your absence, and you’re like “whoa” what makes you think that you can actually get over this time is the thought that keeps hitting you. So it’s with great surprise and humility that I took in all that occurred with the album. I was like “Wow”. But then it was a great blessing and I see all the miracle of it, so it’s been incredible.

SheKnows: And then to have it debut at number 1, and the critics just adore it, and you just recently took home some Grammy’s I understand. In some ways, that’s got to be gratifying, for lack of a better word.

Maxwell: Talk about bucket list completion in a single bound! It’s funny, all this good stuff was happening and then, of course, Haiti gets hit with this huge earthquake, and then just recently Chile, and healthcare. It’s funny because I’m such a political junkie in terms of just news and world events. With all of those sorts of things happening, it was a bitter sweet sort of experience in the end, a little bit. But in some ways it’s coloring what I’ve set up for the future in terms of music. You make the best of what it is, you know, but believe you me, I’m not complaining. It’s probably been the best couple years of my entire life; my career, everything has been so rewarding and surpassed the past in ways that I never would have imagined.

SheKnows: I am looking over a lot of the info about you, and one thing struck me immediately is that Pretty Wings tied for 14 weeks atop the charts. But, specifically, it is who you tied —  Mary J Blige! Personally, for you, that’s got to feel pretty good to be in her company.

Maxwell: Yeah, I mean considering what an epic career she’s had, and all the triumphs and milestones in her career. To be saddled up next to her in any way — I would have never thought I would have had such an impact. You never think the real or real songs are the ones that are going to go because you think in terms of hits and you think of what’s on the radio and who’s got a big song now, and how many guest appearances can you fit in here to maximize your options and your potential with it being successful. And here this song is just this thing that I, kind of, went through with a girl I broke up with and people cared about it! It amazes me. I can’t say that even after all this, I even know what the reasons are, what the formula is. I don’t know what the magic button is. I’m just glad that, somehow, the song pushed it in many people, and here we are, I get to keep making music. It’s a great feeling, you know?

Up next…Maxwell is so prolific — his Blacksummer’s Night needs three albums!