The Bachelor fans, it’s finally time for a wedding! Not since the wedding of Trista and Ryan do faithful viewers have the opportunity to watch a Cinderella wedding. 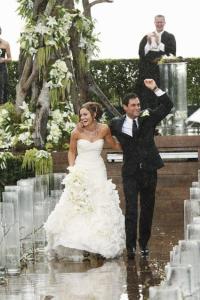 Jason Mesnick shocked the world last spring with his switcheroo, having dumped 25 year-old Melissa Rycroft during the After the Final Rose show by indicating chemistry had changed.

Mesnick then professed his love for The Bachelor runner-up Molly Malaney and hasn’t looked back since.

The Bachelor and Molly will share a glimpse at their life tonight at 8 pm on ABC during The Bachelor: Jason and Molly’s Wedding Special.

As for the scoop, we’ll get to catch the first bachelor wedding (after all, Trista’s nuptials with Ryan were based on cupid’s arrow from The Bachelorette). We’ll get to see their very own wedding planning as Molly gets a fitting in her custom-made gown by Monique Lhuillier.

The happy couple was officially married on February 27 in Rancho Palos Verdes, California; so on the March 8 two hour special — audiences will enjoy their very own bachelor and bachelorette parties in Las Vegas, visits with their wedding planner, Jo Gartin, and more. 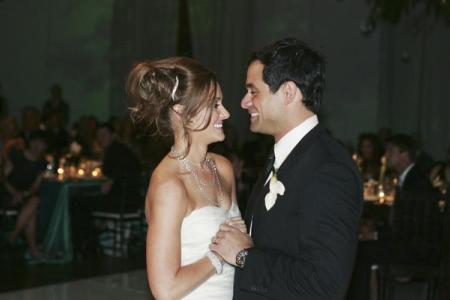 As for whether or not we’ll also see cameo appearances by past cast members of The Bachelor and Bachelorette? You betcha!

The guest list will include Trista and Ryan Sutter, all of the bachelorettes from the season in which Jason starred as The Bachelor, Jillian Harris and Ed Swiderski, Charlie O’Connell and Sarah Brice and DeAnna Pappas.