Oscar winners abound in the press room! From Sandra Bullock and Jeff Bridges to Kathryn Bigelow — fresh from her historic win for Best Director for The Hurt Locker — and the always entertaining Mo’Nique, SheKnows lets the Oscars winners speak to you, our readers, in their own words. 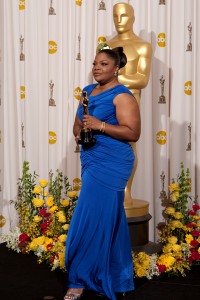 Merely moments after their career-capping moments, the 2010 Oscar winners share their emotions, triumph and tears of joy on the privilege of being called “Oscar winner.”

Mo’Nique dazzled on stage with her speech and headed backstage to reflect on those who blazed the path before her:

The winning moment took Mo’Nique and her husband back in time, as well. “When they announced my name, Sidney and I went back to Ramblestown High School on the balcony, at 14 years old, in the 10th grade. And I said: ‘One day, we are going to be stars.’ And he said: ‘You first.’ That is the moment we went to.” 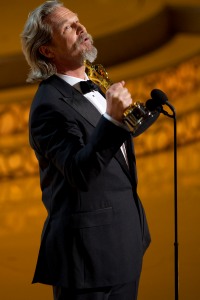 When Bridges won, he went back to a moment, too — when his father talked to him about the art of acting.

Bridges said of his iconic character:

“Well, you know — ups and downs. What does the Dude say? Strikes and gutters, man. Sometimes, I think of movies as a great example for the way the world can work. You have all these different opinions, and all these different ways we can work together. And we can make the most beautiful movie we can make, and we have the opportunity to make this the most beautiful world, too. So I hope this furthers that idea.”

Powell, whom SheKnows recently featured in an exclusive pre-Oscar interview, was still as giddy as could be — surprising, considering this is her third trip into the press room holding an Academy Award. She said: 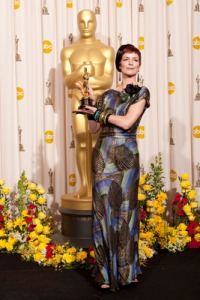 “I’m thrilled to be a winner at all. But a British winner, yes — I’m happy for the Brits. But you know what? Normally, they don’t mention the costume design. They just mention the actors. When it gets a ripple in the press, it’s usually the actors, directors and cinematographers. So let’‘s see. I hope it will get reported.”

And about Queen Victoria, she reflected:

“I didn’t know anything about Victoria. I mean, my image of herwas the old, fat, frumpy woman in black. I didn’t know that [when young] she was actually vibrant and attractive, a realcharacter. She was a headstrong, even tomboyish woman. I’m glad that we’ve been able to portray her as something different, and that people enjoy the movie, and more importantly, go to see it.”

Bigelow on making history as the first female director to win:

“First of all, I hope I’m the first of many. And, of course, I’d love to just think of myself as a filmmaker, and I long for the day when a modifier can be a moot point. ButI’m ever grateful if I can inspire some young, intrepid, tenacious male or female filmmaker and have him or her feel that the impossible is possible.” 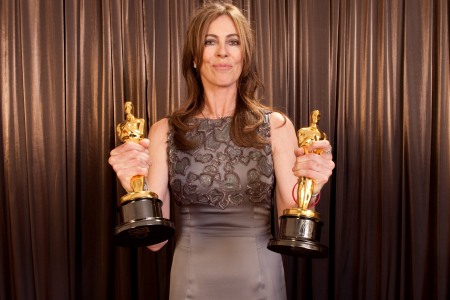 The Oscar winner offers this advice to upcoming female filmmakers:

“I would say — and I don’t mean it to sound simple — never give up on your dream. I’ve been making films for a while — about 30 years. So when I say, ‘Don’t give up on your dream,’ I mean it quite literally.So be tenacious, but work on the stories you trulybelieve in, because then no obstacle is too great.” 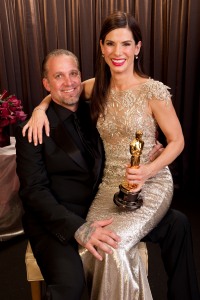 When Bullock — a two-decade-plus veteran of the business — won, she was shocked. That’s further proof that this woman is as humble as when we spoke to her for The Blind Side, long before the Oscar swell started. She said:

“AsIsaid up on that stage, I questioned,Did I win it, or did I just wear everyone down?Ididn’t aspire to this. I was in awe of it. I admired it. I got to watch it like everyone else did or to present, but it wasn’t something that I said.One day when I get the Oscar…I didn’t think it was something that would ever present itself. This is the film I saidno to. These were just such odd circumstances, and things came together in a way that I just didn’t see coming. No one saw them coming. And I think that’s what makes it so overwhelming and unexpected. I look at the company I keep in this category, and you can’t pick. There’s not one who rises above the others, and I love these women I got to spend this time with so much for who they are. So I feel like I share it equally in five parts because we ladies need to stick together.”

Stay with SheKnows throughout the day as we bring you more from the Oscar press room!