The entertainment world stopped, as it always does, for the annual Oscars presentations — the annual celebration of all things movies. Here, SheKnows presents a play by play of what went on in and around the 2010 Academy Awards. 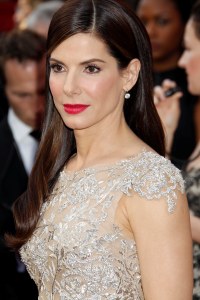 The Oscars may celebrate the best in film, but stars from all walks of the entertainment world come out at the Kodak Theatre in Hollywood. Moments ago, Tim McGraw walked by with proud wife Faith Hill. McGraw’s in the Oscar house to support his Oscar-nominated film, The Blind Side.

Hosts Steve Martin and Alec Baldwin surely will begin the show as no other Oscar hosts ever have.

The fact that this year’s show is co-produced by Hairspray director and So You Think You Can Dance judge Adam Shankman, look for a song and dance or two… but what else will happen?

5:30 pm: The show began with all of the Best Actors and Actresses being introduced to the crowd. As they left the stage to thunderous applause, Neil Patrick Harris wowed the crowd as only he can — singing and dancing. Performing No One Wants to Do It Alone, the How I Met Your Mother star introduced Oscar hosts Alec Baldwin and Steve Martin.

5:36 pm: Baldwin and Martin were literally dropped from the sky to the Kodak Theatre stage to begin the show. “Welcome to the 82nd annual Academy Awards,” Martin proudly stated. “Look, there’s Vera Farmiga, co-star from Up in the Air.” “Did I pronounce that right? Up... In… The… Air?” Baldwin added, making fun of the tendency to mispronounce her last name.

5: 46 pm: The duo then introduced the first presenter, Penelope Cruz, who in turn introduced the Best Supporting Actor winner. As SheKnows predicted, it went to Christoph Waltz for Inglorious Basterds. “There’s no way I can ever thank you enough, but I can start right now,” Waltz said. “Thank you.”

5:59 pm: Steve Carell and Cameron Diaz gave away the Best Animated Feature award. Few were surprised that Up won, but all are thrilled because Up is one of the best films of the year, period.

6:11 pm: Robert Downey Jr and Tina Fey strolled to the center of the Kodak Theatre stage to present the award for Best Screenplay. Fey took a terrific jab at computer-generated acting. In a category that contains Quentin Tarantino and the Coen brothers, that was an anyone-can-win. And the Oscar went to… The Hurt Locker.

6:17 pm: Molly Ringwald and Matthew Broderick paid tribute to filmmaker John Hughes. The words of these two stars, who owe their careers to Hughes, were really touching. How cool is it that the Academy paid tribute to a comic master? Hughes’ stars then took the stage for another moving tribute with Jon Cryer, Judd Nelson, Anthony Michael Hall, Ally Sheedy and McCaulay Culkin — too touching!

Saldana and Mulligan, entrusted with passing out four awards at this moment, gave The New Tenants the Best Live Action Short Film award.

6:37 pm: Ben Stiller sauntered on stage in his best Avatar makeup. “This seemed like a better idea in rehearsal,” Stiller joked. As predicted, Star Trek won.

6:50 pm: Our man Jake Gyllenhaal accompanied Rachel McAdams on stage to present the Best Adapted Screenplay award, which went to (as SheKnows called it) Precious.

6:57 pm: Queen Latifah showcased the first Governor’s Award winners, including one of our favorites, Lauren Bacall.

7:00 pm: Robin Williams had the honor of presenting the Best Actress in a Supporting Role award to five actresses performing at the top of their games. The predicted winner, expected winner and odds-on favorite to win did exactly that — win. Mo’Nique can preface her name with “Oscar winner,” and SheKnows could not be more proud. Clearly, the standing ovation that followed her win showed that the Hollywood community agreed. “God bless us all,” Mo’Nique said.

7:06 pm: Sigourney Weaver, no stranger to working on films with astounding art decoration including Alien, Aliens and of course, Avatar, gave the award to her own film — Avatar! Yes, SheKnows predicted that one, too!

7:09 pm: Best Costuming, a category in which SheKnows interviewed three nominees, was presented by fashion designer turned film director Tom Ford and Sex and the City legend Sarah Jessica Parker. How perfect is this pairing? Nominees included Bright Star, The Young Victoria and Coco Before Chanel, and the win went to Sandy Powell for The Young Victoria (her third). Check out our exclusive interview with Sandy!

7:18 pm: Twilight’s Kristen Stewart and Taylor Lautner hit the stage to pay tribute to horror movies. A long-ignored genre at the Oscars, a horror film salute was further proof that this was not your grandparents’ Oscar telecast.

7:23 pm: Speaking of Twilight, Anna Kendrick (from those lovely films as well as Up in the Air) along with Zac Efron took the stage to present Best Sound Editing. The winner: The Hurt Locker. Sense a trend? Next up was Best Sound Mixing, with Kendrick reading the nominations. The Oscar went to… The Hurt Locker. Did we mention a trend?

7:28 pm: Elizabeth Banks shared her experience as hostess of the Sci-Tech ceremony February 20.

7:34 pm: Sandra Bullock presented the Achievement in Cinematography award, and in an interesting twist, the film that possessed an animated background was awarded the top prize for capturing the vision of Avatar.

7:37 pm: Demi Moore arrived to give the ceremony a little classic Hollywood feel while paying tribute to those in pop culture we have lost in the last year.

7:48 pm: Sam Worthington of Avatar and Jennifer Lopez (of the upcoming The Back-Up Plan) had the honor of presenting the Best Score category and introducing the League of Extraordinary Dancers to illustrate the power of the film’s music through movement. The winner? Up.

7: 55 pm: Two of Hollywood’s hottest hotties, Gerard Butler and Bradley Cooper, took the Kodak Theatre stage to honor Best Visual Effects. From a stunning list of nominees, the winner surprised no one: Avatar was rewarded for pushing the visual cinematic envelope as few films have.

8:03 pm: Matt Damon, himself an Oscar winner, gave away the award for Best Documentary. This category has gotten more attention of late, with many of its nominees serving as motivators of cultural change. This year’s Best Documentary winner and world changer: The Cove and its story of the preventable harm caused to dolphins.

8:11 pm: Tyler Perry took the stage to give the Best Film Editing Oscar. Did SheKnows call this category? You bet we did: The Hurt Locker.

Last year’s Best Actress winner, Kate Winslet, was then introduced to hand out the Best Actor Oscar to Jeff Bridges. As he took the stage, all of Hollywood seemed proud of its long-serving friend. The standing ovation was incredibly warranted. “My mom and dad loved showbiz so much,” Bridges remembered. “They loved showbiz so much, I feel an extension of them. This is honoring them is much as it is honoring me.”

Cheers to you, Jeff Bridges — one of our favorite actors!

8:40 pm: Forest Whitaker kicked off the Best Actress tribute with her heartfelt homage to Sandra Bullock. That was followed by Michael Sheen and his salute to Helen Mirren, then Peter Sarsgaard discussed his experience working alongside her in An Education. Oprah spoke of her film’s star, Gabourey Sidibe, and the authenticity she exhibited in capturing the most difficult of characters to portray. Lastly, Stanley Tucci — a frequent collaborator — introduced the magic of Meryl and her “great, good humor.” After all the accolades for the nominees…

8:46 pm: Sean Penn, an actor who knows a thing or two about winning an Oscar (he won last year for Milk), arrived to deliver the words every actress dreams of hearing: “The winner of Best Actress is…” And finally, Sandra Bullock is an Oscar Best Actress winner! “Did I really win this or just wear you down?” Bullock quipped. No, Sandy, you deserve it. A great speech, except Bullock forgot to thank husband Jesse James.

8:52 pm: The legendary Barbara Streisand took the stage to let audiences know what the Best Director trophy could mean: History. Kathryn Bigelow’s win would make her the first female director to take the honor. “The time has come,” Streisand said. “Kathryn Bigelow.” With that, another glass ceiling shatters.

9:01 pm: For the first time in decades, the Best Picture category had 10 nominees. Tom Hanks presented the top award of the night, very off the cuff: Hurt Locker. The Kodak Theatre crowd went wild.