Monique Prudhomme has arrived in Hollywood — literally and figuratively. An Academy Award nominee for Achievement in Costuming, Prudhomme is in Los Angeles from her native Canada in hopes of holding her first Oscar during the March 7 ceremonies at the Kodak Theatre. 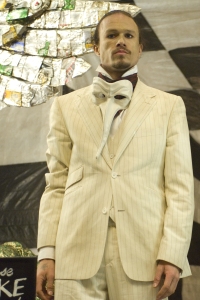 When the newly Oscar-nominated costumer Prudhomme was told Heath Ledger had died, she was shopping for clothes for his role in The Imaginarium of Dr Parnassus.

“Not only the feeling of having lost Heath, but also to lose a movie because our ship had no captain,” Prudhomme said.

SheKnows: Congratulations on the nomination!

Monique Prudhomme: Thank you very much. It is a very exciting moment.

SheKnows: Where were you and how did you hear?

Monique Prudhomme: I was sound asleep. I got a call at ten to six (am) from a very excited friend of mine (laughs) who had watched for me in the morning. My agent called me and said, “I’m trying to reach you!” I had to look on the internet to be sure it was true (laughs). It was a bit unreal.

SheKnows: Yeah, and this is your first nomination…

Monique Prudhomme: Yes it is my first nomination, indeed.

SheKnows: And, in those moments that followed after digesting the news, what kind of thoughts ran through your head?

Monique Prudhomme: When it eventually becomes real, it is like Oh my God, what am I going to wear (laughs)?

Monique Prudhomme: …and what I’m going to say. What is everybody going to ask me on the red carpet? It’s a little overwhelming. Eventually, that’s probably it. It’s overwhelming. I guess I just tell them how I see things as a costume designer — that is what people want to know. 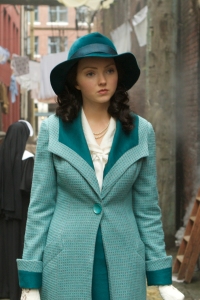 SheKnows: For this particular project that you were nominated for, there was probably a huge amount of difficulties for you. Were there some that were a bit more trying than others?

Monique Prudhomme: The possibility of working with Terry Gilliam, and working with such a luminary and a man with such imagination was a costume designer’s dream come true. He’s giving you all the freedom in the world at that same time…to be free is also a great amount of responsibility. That was one challenge. One of the main tragedies about the entire movie was the loss of Heath Ledger.

Monique Prudhomme: That brought a whole bunch of heartbreaking moments. It put us to the brink of not finishing this movie. That was absolutely terrible. At the same time, to a certain degree, and I know it is going to sound so esoteric, but we always had the feeling that Heath was hovering over us. His spirit was there. When the guys, Johnny Depp, Colin Farrell and Jude Law came aboard — Terry found a way to continue the movie with a new version of things.

SheKnows: The film is something else and proves sometimes we don’t anticipate the challenges that make us great.

Monique Prudhomme: So true, can I use that?

SheKnows: (Laughing) Of course! Now seriously, when you heard that Heath had passed, it had to be a shock and denial. 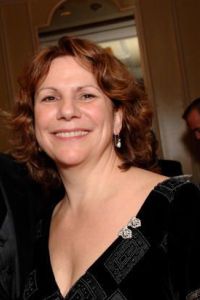 Monique Prudhomme: We see him one day. I’m shopping for him the other day and I get a call asking, “What are you doing?” I said, “I’m shopping for Heath.” The voice said, “Can you sit down?” That was my assistant. I wondered what has happened. She said, “Heath has passed on.” It was like…(long pause)…that doesn’t make sense. It doesn’t make sense at all, especially because he was so vibrant and so engaged with his daughter. That it’s (long pause), it seems unimaginable to lose somebody like that.

SheKnows: You said that Jude, Johnny and Colin stepped in — being the designer of costumes, since they are kind of carrying on that character, was there any difficulty keeping continuity?

Monique Prudhomme: In fact, in made my work a lot easier to a certain degree.

Monique Prudhomme: We shot all these scenes in the reality of the movie in England. We shot all the scenes where the character, Tony, goes in and out of the mirror. We see him going through the mirror. We see him coming out of the mirror. In Vancouver, we were shooting all the scenes that were inside the mirror — inside the Imaginarium. We created a convention that the people when they go inside, they don’t really change, but they change. Maybe their costumes get brighter. Their faces change, whatever. When Jude, Johnny and Colin came in, the character became flipped into four parts. We had the reality part that was played by Heath. The romantic Tony was played by Johnny. The ambitious Tony was played by Jude and the dramatic Tony, who reads his fate, played by Colin. When we got to Vancouver, I got more fabric, made more suits and there’s not that much difference in sizes between the guys. By having suits that all looked the same, it was eerie, actually. It was a real pleasure to work with these guys.