As Hollywood gears up for its Super Bowl of film — the Academy Awards March 7 — Santa Monica is prepping to host The Independent Spirit Awards March 5.

Inside a beachfront tent, The Independent Spirit Awards is celebrating its 25th year by honoring films and filmmakers that often go below the radar. Unlike the mass appeal of the Oscars, the Independent Spirits Awards’ purpose is to champion the independent film and support the artists who embody innovation and diversity. 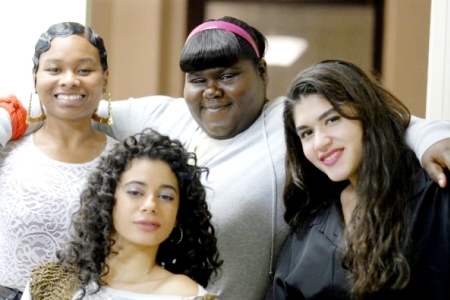 Precious was also nominated for an Academy Award in the best feature category, but several other films nominated for the Spirits Awards will not be seen on the Kodak Theatre stage at the Oscars.

In addition to the categories of Best Female Lead and Best Male Lead where Gabourey Sidibe and Helen Mirren are the frontrunners and Jeff Bridges or Collin Firth, respectively, the other categories spotlight pioneers in the industry. For instance, the Best First Feature nominees are Geoffrey Fletcher for Precious, Scott Cooper for Crazy Heart, Sophie Barthes for Cold Souls, Cherien Dabis for Amreeka and Tom Ford and David Scearce for A Single Man. Although it’s merely speculation at this point, but we believe Ford and Scearce will win.

As for how they’re selected? Film Independent members with voting privileges are eligible to cast the ballot. Voters attend nominee screenings and view nominated films on their computers and via NetFlix before participating in the selection process.

Read on for Academy Awards news