Sade is on top of the Billboard 200 albums chart for the third consecutive week. Soldier of Love is swooning as it sold yet another 127,000 albums according to Nielsen SoundScan. 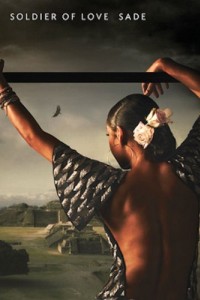 It’s hard to believe that Sade has been around for over two decades and continues to impress. That is quite an accolade in a business that changes what’s hot every 20 minutes.

As for another act doing pretty well? Lady Antebellum! The band is holding strong in second place they sold another 118,000 copies of Need You Now.

Although they reigned supreme in the numero uno spot for a couple of weeks in February, we’ll have to see if they have what it takes in March to get back to prime real estate or if Sade continues to hold strong.

Next week should be a strong indicator as to whether or not Lady Antebellum can regain the momentum it had when the album was released.

A newbie to the list this week’s chart is hardly new to music — the late, great Johnny Cash.

At number three, his album, American VI: Ain’t No Grave, swooped in with 54,000 albums sold. This is pretty impressive considering how well Sade and Lady Antebellum are doing and that Cash’s posthumous album still has what it takes to compete in the big leagues.

As for other highlights, interestingly enough no other new additions to the top 20 were made this week.

Read on for more Sade