Hugh Grant reminds us why we love British accents. Find out more about one of our favorite British exports. 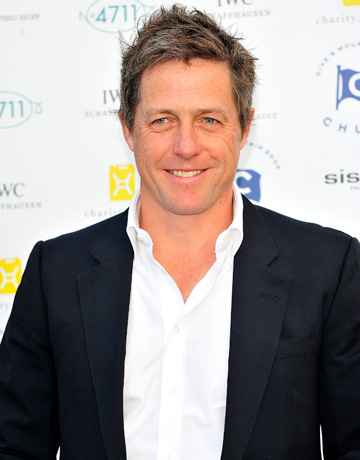 Hugh Grant‘s humble beginnings belie his classical education. His father, a former British Army captain, ran a carpet firm and his mother was a schoolteacher. Despite his parents’ affluent childhoods, Hugh’s family often went without.

Hugh made his way to the renowned and revered Cambridge University through a scholarship and studied English literature, graduating with honors. He began his affair with acting at Oxford, joining the Oxford University Dramatic Society as a creative outlet and starring in a touring production of Shakespeare’s Twelfth Night. Theater and television roles quickly followed with an occasional film appearance.

Four Weddings and a Funeral made Grant an international star. Released in 1994, the film featured Grant as a bohemian, debonaire bachelor who falls in love with his female counterpart. Best known for his romantic comedies, Grant has made more headway into the reluctant hearts of women with his portrayal of the womanizing Daniel Cleaver in the Bridget Jones’s Diary film duo.

Grant is not always the proper Brit — his long relationship with model/actress Elizabeth Hurley nearly ended when he was arrested for receiving oral sex from a prostitute in LA in 1995. The couple split for good in 2000. What could have been a career-ending scandal wound up making Grant a poster boy for the perfect apology when he humbly fessed up and expressed shame during an appearance with Jay Leno.

Don’t think, however, that the actor is all image and no substance. He has won 17 film awards and to date has been nominated for 14 others. His role in Four Weddings and a Funeral earned him a Golden Globe Award for Best Performance by an Actor in a Motion Picture and he was given the Cesar Award for Lifetime Achievement in 2006.

See pictures of Hugh Grant in our photo gallery >>