Ponyo charmed theater audiences of all ages when it premiered and now the film that is more artistry than animation has arrived on DVD, Blu-ray and digital download March 2. 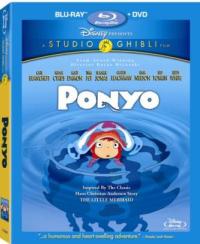 Ponyo is from visionary filmmaker Hayao Miyazaki and Studio Ghibl and takes his Japanese instant children’s classic and gives it an American voiceover make-over.

SheKnows spoke to the Ponyo cast when the film first arrived and was taken with the passion the young actors brought to taking a Japanese filmmaking institution and bringing it to American shores.

Based on the iconic Hans Christian Andersen story The Little Mermaid, Ponyo finds our hero residing in the water seeking life beyond the sea.

Ponyo is from Walt Disney Pictures who is also releasing three other Miyazaki and Studio Ghibl classics that are also must-haves for any family DVD collection: Kiki’s Delivery Service with Kirsten Dunst, Castle in the Sky starring Anna Paquin and James Van Der Beek and My Neighbor Totoro featuring Tim Daly, Elle and Dakota Fanning. 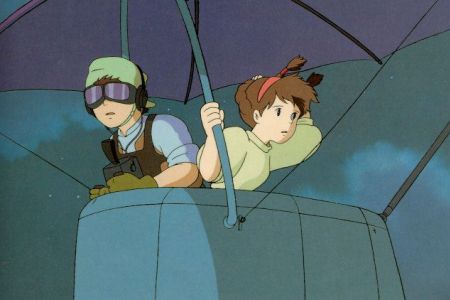 Miyazaki’s Ponyo also is much more than light children’s entertainment. The film focuses a sharp light on the environmental problems gripping the planet.

But Ponyo is still most definitely entertaining. The visual panorama the filmmaker utilizes to achieve his universal story is breathtaking. This is Miyazaki’s first movie he’s allowed to be released on Blu-ray, it is easy to see why. With its artistry beyond awesome, the high-definition format is a match made in heaven. 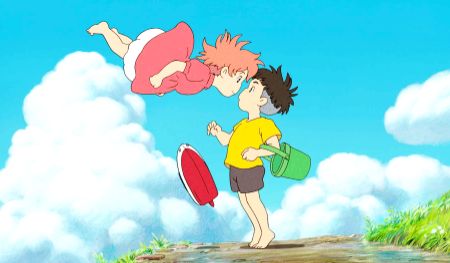 Above all else, exposing young film viewers to films from around the globe only further expands their own vision of the world they will one day independently inhabit. Witnessing the Japanese master of animation in Miyazaki’s work in not only Ponyo, but also Kiki’s Delivery Service, Castle in the Sky and My Neighbor Totoro is an instant lesson in cultures beyond our borders.