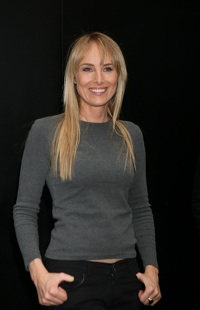 The former Wilson Phillips crooner and wife of Billy Baldwin entered a private facility for the treatment of anxiety and stress on February 12 after filing — and quickly withdrawing — divorce papers against her husband of 18 years.

What could be causing so much stress? Remember, Chynna’s sister is Mackenzie Phillips, who leveled devastating accusations of rape and incest against their father John Phillips of The Mamas and the Papas. Chynna publicly supported her sister, but the allegations are said to have torn the family apart.

Baldwin was heartbroken over his wife’s condition, telling RadarOnline, “It doesn’t really matter to me what’s being said about me in the press. I have too many other things to worry about. I don’t care about what other people think. I care about my wife and my children.”

“I don’t feel like dealing with the press when I’ve got my wife in rehab and I’ve got three little kids.”

Chynna’s rep Lizzie Grubman confirmed the couple’s reunion will be a joyous one. “Billy is on his way home from shooting his last episode of Gossip Girl and he is so excited to see her, and she can’t wait,” Grubman said. “They really love each other and will be married for the rest of their lives.”