On the March 3 Oprah Winfrey Show, Jessica Simpson opened up about being comfortable with her size, dealing with John Mayer’s recent comments about their sex life, and wearing mom jeans.

Whether it’s her romantic life, her body changes or her “Chicken of the Sea” brain farts, Simpson is one of those stars who can sell a celeb gossip rag. 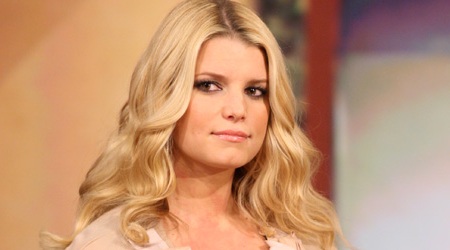 These days, all the buzz has been about John Mayer’s Playboy chatter, which included him calling her “sexual napalm” and comparing sex with her to crack cocaine.

“Yeah, I couldn’t read the article,” she tells Oprah. “I heard about it, and I saw some of the clips and stuff. I tried to read the article, and I was so disappointed in him. It made me so sad, and it was really discouraging, because that’s not the John I knew.”

Simpson admits she’s “a little bit angry,” because who wants folks to know how they are in bed? But she’s also able to laugh it off. “It could have been a lot worse,” she said and laughed. “My phone is ringing off the hook.”

Ultimately, however, she’s not ready to forgive and forget. “I felt betrayed. I hope he gets his life together,” Simpson said. “He did apologize to me. I haven’t written back. I don’t accept it… I don’t resent him. I’m just going to let that go. That part of my life is over.” 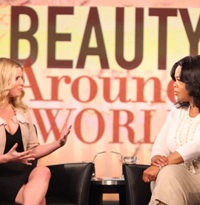 For all the talk that comes out about Simpson, she told Oprah that the low point was last summer’s mom jeans disaster.

“The fact that I was famous last year for gaining 10 pounds is ridiculous,” she said — even more ridiculous given that she was actually a size 4 at the time! She told Oprah her size sometimes goes up to 6, and she’s fine with that — now. “The judgment of people… those voices are sometimes in my head when I fall asleep,” Simpson admited, but it sounds like she’s slowly getting a grip on that. “I’m not going to ever be a size 0, and I don’t want to weigh 90 pounds. It’s a really hard thing for me to talk about because I celebrate women of all sizes. I think that we’re all beautiful.”

The constant attention on her size and appearance helped inspire her new VH1 show, The Price of Beauty.

That’s right: Simpson is back in the reality TV spotlight. This time, she’ll lead cameras around seven countries to investigate what different cultures find beautiful and the lengths to which women go to achieve that beauty.

Having tried out a flesh-eating fish pedicure in Japan and a detoxifying drink made from cow urine in India, Jessica has walked away from filming with renewed confidence. “No one else can define beauty for me but me,” she told Oprah. “Nobody’s words, nobody’s compliments, nobody’s love — it’s all what I have within myself. I finally relaxed, and I don’t care what people have to say about my weight. I think I look great.”