Campaigning isn’t knew to Oscar season, but execs have disinvited producer Nicolas Chartier from this weekend’s award show for crossing the line in promoting his film, The Hurt Locker. 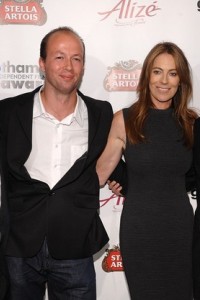 Chartier took his plea to the internet in February, emailing Academy members in his circle:

“I hope you liked Hurt Locker,” the email said, according to the Los Angeles Times, “and if you did and want us to win, please tell (name deleted) and your friends who vote for the Oscars — tell actors, directors, crew members, art directors, special effects people, if everyone tells one or two of their friends, we will win and not a $500M film. We need independent movies to win like the movies you and I do, so if you believe The Hurt Locker is the best movie of 2010, help us!”

While there’s no mention of Avatar or James Cameron’s blue people, the price tag makes it clear what film he’s referring to. His angle is one of supporting the Indies, but The Academy of Motion Picture Arts and Sciences says he has violated the rules of conduct.

“Chartier had recently disseminated an e-mail to certain Academy voters and other film industry figures in which he solicited votes for his own picture and disparaged one of the other contending films,” the Academy said in a statement. “Academy rules prohibit casting a negative or derogatory light on a competing film.”

There was chatter that the move would take Chartier and maybe even Hurt Locker out of the running all together, but instead, Chartier has only been disinvited from the party. If Hurt Locker takes home the gold, co-producers Kathryn Bigelow, Mark Boal and Greg Shapiro will be on-hand to accept and Chartier will get his sometime after the event.

“My naivete, ignorance of the rules and plain stupidity as a first-time nominee is not an excuse for this behavior and I strongly regret it,” Chartier wrote in a follow-up email.

Amidst all this hubbub, there’s talk of a lawsuit on a completely different matter. Master Sgt Jeffrey S Sarver claims screenwriter Boal was embedded in his unit in Iraq and the film, which portends to be pure fiction, is anything but.

“Virtually all of the situations portrayed in the film were, in fact, occurrences involving Master Sgt Sarver that were observed and documented by screenwriter Boal,” attorney Geoffrey Fieger said in a release.

Interestingly, all of this news comes after voting has closed. While both Chartier and Boal may take hits to their reputations, the movie’s chances at taking home nine awards haven’t been affected.

Read on for more The Hurt Locker