Long before Up in the Air became showered in Oscar nominations, actress Melanie Lynskey signed on for many other reasons than Academy Award accolades. Up in the Air premieres on DVD, Blu-ray and digital download March 9 as the actress calls SheKnows to exclusively discuss this amazing film. 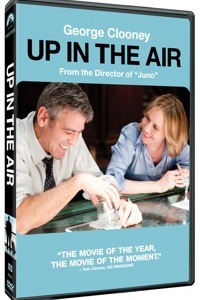 SheKnows: For you to do scenes with George Clooney, as an actress, this is a guy working at the top of his game right now. What did you take away from him, acting wise, that maybe surprised you?

Melanie Lynskey: The wonderful thing was to see how open he was. There’s one scene in particular in which he was very vulnerable. It was really nice. Sometimes you work with people, and they just have it planned out a little, I think. Especially when someone’s a little bit bigger and they sort of want to modulate performance in a way — just drawing out stuff — and you’re just kind of reacting to it. But he was so open, he would change it up. It just was really lovely feel a real connection with him and not feel like here’s the guy giving the movie star performance and I’m just reacting to it. It was really sharing something. He’s brave. He’s a really brave actor.

SheKnows: What’s so wonderful in this home video age is you get the joy of attention of the film when it’s in theaters, then people seem to revisit it again when it’s out on home video. For you as an actress, as part of something like this, what is that like to be able to revisit your work?

Melanie Lynskey: I think it’s really a wonderful thing. I was just talking about this with somebody, actually. I think my favorite thing about having watched the movie now a few times, Vera Farmiga’s performance, in particular, is just really, if you see the movie you’ll see — I was just so blown away with what she was doing. Just how subtle and how many layers that she gave to it, that you might not necessarily see in one viewing. It’s really pretty wonderful. 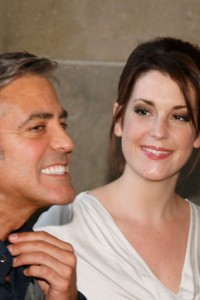 SheKnows: Obviously, there is so much to like, but what were you most excited about when you joined the Up in the Air project?

Melanie Lynskey: I was excited because I loved the script. I thought the script was really wonderful. Even though I had a pretty small part in it, I felt that it was a lot to play. I was really excited to be working with Jason because of his previous movies, and the actors! Vera is one of my favorite actors. I just think she’s incredible. George, obviously, is so wonderful. Although I was a little bit nervous because I thought, famous people can be a bit tricky sometimes — but he was the loveliest men!

SheKnows: You mentioned Jason (Reitman, director) and how incredibly talented he is at such a really young age for a director. What was the Jason Reitman experience like for you?

Melanie Lynskey: I mean, it’s crazy because he’s younger than I am. He goes around in a little beanie hat and like a plaid shirt and looks like a grungy musician or something. He’s so delicate with the material. The way he talks to actors is like an old master. There’s something he has where he just knows. He’s great with the tone and he just knows if something screens a little bit false. It’s really amazing working with him. He’s very precise but he lets you feel very free at the same time, which I don’t even know how that’s possible. He’s pretty great.

SheKnows: I frequently refer to you as a scene stealer.

SheKnows: It’s so true. I look on down the list from The Informant, to Two and a Half Men, Away We Go, you’re just scene stealer after scene stealer. When you go into a film and, like you said, you might have had a smaller part — but you go in and hit it out of the park. Is there a science to what you do to remain that focused? 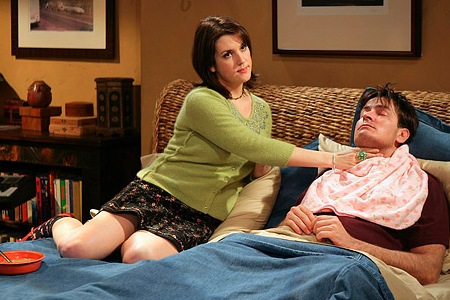 Melanie Lynskey: That’s just a very kind thing to say. I do play a lot smaller parts. I think the thing that I always try to remember is that you’re really trying to the story. I think it can be kind of self-involved as an actor to think, “OK, I only have this much screen time so I’ve got to try to do something interesting or make an impression somehow.” It’s just funny to work in a world where you’re just really trying to be honest in the moment and just realize you’re such a small part of a such bigger things. You really just need to bring as much authenticity as you can.

SheKnows: I am a big fan of two of your earlier works: Heavenly Creatures and The Frighteners.

Melanie Lynskey: I’m not really in The Frighteners! I’m in one shot where I kind of stand up or something!

SheKnows: That for us here, in America, was kind of a window to New Zealand cinema. What was it about acting in the movies that kind of drew you to that, growing up in New Zealand?

Melanie Lynskey: Well, acting in the movies seemed like a fine concept. I always wanted to be an actor, but I come from a very provincial town where people don’t just become actors. So I was trying to do all the research I could thinking how you do it. I was going to try to go to drama school and this and that, but the movies just seemed crazy. Someone came around to my high school, Peter Jackson. He came around to my high school looking for girls for a movie and I thought this would be great. I can put it on my application for drama school that I auditioned for this movie — whatever that means! That was how I got the part — by him coming to my high school. It really changed the course of my life and it took me a long time to feel OK about it in a weird way. We’re just very, sort of, quiet people in New Zealand and nobody wants to make a big deal about themselves. So if you stand up and say you want to be in movies, people don’t take it very well. So it took a really long time, even after I did a movie for me to go, “OK, I think I want to do this for a career.” 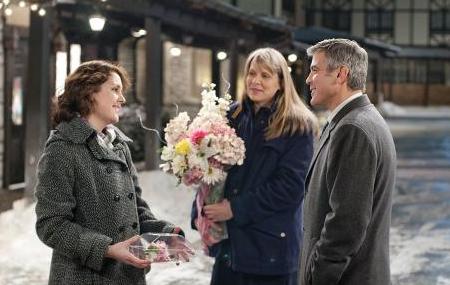 SheKnows: Absolutely and Heavenly Creatures, like I said, is just a stunning piece of movie making.

SheKnows: Did you move to California at some point?

Melanie Lynskey: It took me a really long time. I lived in England a couple of years. I made the move very slowly, but I moved here when I was about…I guess 15 years ago.

SheKnows: I had to ask about playing a stalker on Two and a Half Men, if there was any kind of research you did, and maybe who you stalked? Just kidding. 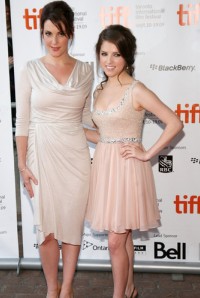 Melanie Lynskey: (Laughs) I don’t know. I think the tricky thing about that character is that so much of what she does is really, really creepy, honestly. If you wrote a list of the things that character has done, it’s kind of horrific. So, I think the list, like the real stalker she is, would be there, that’s kind of the trick to it I think. She doesn’t know that she’s doing wrong. She’s just kind of sweet. I think it’s only funny if she’s really strong in her convictions that she’s doing the right thing and she’s a good person. She’s just really creepy!

SheKnows: Like you said, it’s a fine line and the audience wouldn’t embrace it if they didn’t really believe that you had a heart of gold, and your character really did.

Melanie Lynskey: It’s kind of a weird fate of life that created this character. People love this character! She’s like a torturer (laughs)!

Read on for more Up in the Air