Maurice Sendak’s Where the Wild Things Are gets the big-screen treatment courtesy of the masterful imagination of director Spike Jonze. 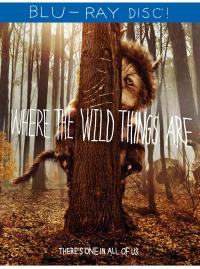 Where the Wild Things Are debuted on DVD, Blu-ray and digital download March 2, and SheKnows has an exclusive video from the film’s home video release.

Upon first witnessing the majesty of Jonze’s creation on the big screen, SheKnows was taken with his ability to not only get inside the mind of a child, but also to bring the entire audience along for the ride.

On the Blu-ray combo pack (which also includes the DVD), Where the Wild Things Are still shines, yet the immediacy of youth comes to the forefront of the film even more on home video.

The film announces the talent of young actor Max Records, who portrays, ironically, Max in Where the Wild Things Are. With Jonze directing, the actors must make the most of their facial expressions with their many closeups. Records has a powerful set of eyes as tools in his young actor’s toolbox, and he allows his performance to be both little boy’s story and a universal tale of youthful passions.

Most of us treasured Where the Wild Things Are as children, so there is an air of deep, all-consuming ease to this movie-watching experience. 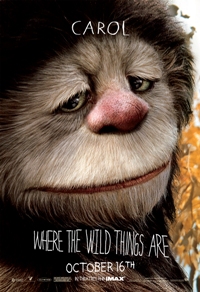 With Sendak’s book so well known, bringing the Wild Things to life could have been Jonze’s downfall. Instead, the technology behind the characters’ facial expressions sears the screen in closeup shots. It’s proof that fate had a fortunate confluence in store for a big-screen treatment of Sendak’s classic: A meeting of a filmmaker at the top of his game, technology that allows him to bring emotions to life, and a collection of actors up for the challenge.

The monsters’ vocal talents are masterful, especially James Gandolfini, who showcases a kinder, softer, yet still volatile personality behind his beast.

Catherine O’Hara, whom audiences saw at the closing ceremonies of the Vancouver Olympics, proves she is equally at home making us laugh on screen as she is behind a microphone.

In our exclusive clip from the Blu-ray and DVD of Where the Wild Things Are, we take you inside the world of filmmaking. Working on a Jonze movie is always a rollercoaster ride, ?but ??it is nice to see he still can have problems with the simplest of film tasks — such as getting a dog to run down the street.

Where the Wild Things Are exclusive clip

Read on for more Where the Wild Things Are