Capping off a stellar awards season where the dynamic duo of red carpet coverage triumphed, Harrison phoned SheKnows for an exclusive chat about getting ready for the Oscars and this season’s wildly successful The Bachelor. 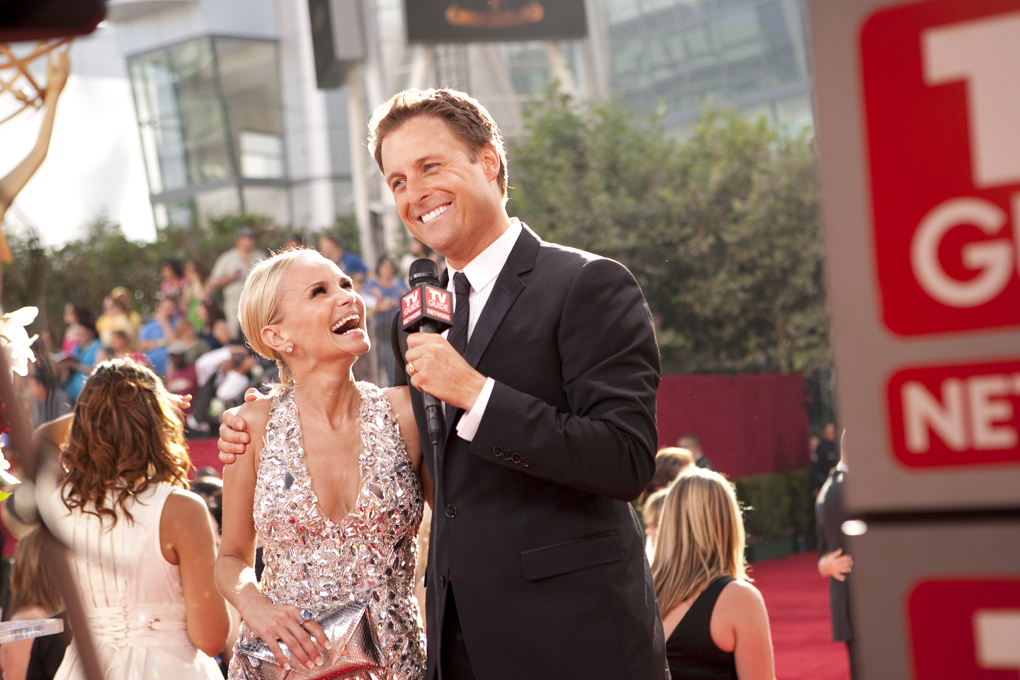 SheKnows: I appreciate your time. You are a man in demand on many levels today after your Bachelor finale and Oscars this week.

Chris Harrison: Just running around, but life is good.

SheKnows: When you’re sitting here days away from an event such as the Academy Awards, what’s the more prevalent feeling — nerves or excitement?

Chris Harrison: It’s really just preparation mode — trying get as much information crammed in as I can. A couple of days before I try to shut it down and be done with all the preparation, so you don’t over study or over prepare.

SheKnows: I just received a press release from the Academy today with a list of new presenters. Does that complicate the preparation already, since at this point you want to be done researching?

Chris Harrison: I like it better, actually. I enjoy getting new things as we go along. Luckily we have an amazing team. Carrie Ann Inaba and I would love to seem that it’s just the two of us and we’ve come up with all of this on our own, but it’s a crazy team here at TV Guide behind us that keeps us up to date with every bit of news and notes. I have a lot of help.

SheKnows: How do you think your background in television journalism with being able to think on the spot, has really helped you with the red carpet coverage you’re doing?

Chris Harrison: My background has bred me for this type of job because there’s absolutely nothing I will run into on the red carpet that I haven’t faced ten times over in the real world of television news. What it allows me to do is enjoy the moment and try to get the best of it, instead of worrying about it or worrying I might make a fool of myself or fool of whoever I’m talking to. I know I can handle any situation. Hopefully, that helps the celebrities relax and enjoy it too.

SheKnows: Do you find that covering the red carpet is a surreal moment, in the sense that suddenly you blink and it’s over?

Chris Harrison: It does go by fast. All live events do for me, you get done and you’re completely exhausted. When I’m there, I’m going through it. It’s full-on game mode where you’re just worried about who’s coming next. But at the same time for us, you’re directing and producing a television show. You’re listening to the folks in the production truck trying to get them to a commercial break. You’re setting up shots at the same time you’re trying to get information on who’s next and then you have to remember their movie, what they’re nominated for — there’s a million things going on in your head. Your job is to slow it all down and make it look calm, cool and collected and come off like it’s a walk in the park (laughs).

SheKnows: You and Carrie Ann recently did the Grammys and American Music Awards. Is a musical scene different from the world of film and television in terms of how you approach it?

Chris Harrison: Definitely, there will be a completely different vibe versus the Grammys, which was the last show we did together. It’s very festive, fun and loose with musicians. This is the Academy Awards — even for a guy like James Cameron, he knows it’s the Academy Awards so everyone’s a little more uptight. They’re excited because it’s the highest achievement in filmmaking, but at the same time, it’s the Academy Awards, everybody’s buttoned up. You have to work a little bit harder to try to put everyone at ease.

SheKnows: As a movie fan, do you still pinch yourself standing there at the Oscars?

Chris Harrison: Oh, absolutely. Above all else, I am as big a fan as everyone else sitting there watching it at home.

SheKnows: Personally, anybody on this year’s list you’re excited to see?

Chris Harrison: Obviously Clooney, he’s Hollywood royalty, Sandra Bullock is the other. On the smaller side, I want to talk to Kathryn Bigelow who directed Hurt Locker, who I love and I think will win. Obviously, Gabby Sidibe (Precious), I’ve talked to her before. Talk about someone who has stayed so grounded and enjoying this moment she’s in — it’s fun. She’s giddy and excited when I’ve talked to her before, I can’t imagine what she’s going to be like at the Academy Awards.

SheKnows: TV, film, it doesn’t matter, chemistry is key. What is it like for you to work with Carrie Ann Inaba?

Chris Harrison: Aside from everything, she and I are friends. At the end of the day, we want you to feel like you just hung out with a couple of friends.

SheKnows: Lastly, congratulations on another successful The Bachelor season.

SheKnows: Oh my goodness, this has got to be very exciting that there has been a resurgence in The Bachelor these last couple of seasons.

Chris Harrison: It is gratifying. This show, the concept itself, may be the best on reality TV. It really is because it’s not character based. The cast is replaced every season. It’s really this concept that has been amazingly successful going on nine years now. We are pulling up on our 20th season with Ali as our Bachelorette. To be going on a decade of television in primetime is really unheard of in this day.