Wendy Wax captured our hearts with The Accidental Bestseller and now is dancing back with her new novel, Magnolia Wednesdays. 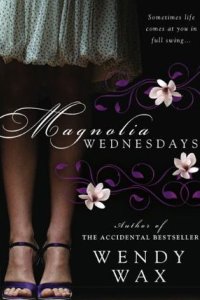 Wax’s latest is about a woman who leaves New York and reluctantly heads to the South to experience suburbia through her widowed sister’s eyes.
SheKnows: Congrats on your new book, Magnolia Wednesdays, tell us a bit about it?
Wendy Wax: Thanks! It’s the story of four very different women, two of them estranged sisters, who meet and bond at a weekly belly dance class at the suburban ballroom dance studio one of them owns.

SheKnows: Ballroom dancing is enjoying a spike in popularity, tell us why you chose to write about it and the research you did for the book?

Wendy Wax: I was initially attracted to a ballroom dance studio because I thought it would provide a great opportunity to bring a diverse group of women together on a regular basis. I’ve always loved dance. I had eight years of ballet, made it through cotillion, and danced in local musicals when I was growing up. So I figured I’d take a few classes in the interest of research and be ready to audition for Dancing with the Stars in no time. Sadly, this was not the case! I took an introduction to Latin dance class and attended several dance practice parties where I stepped on quite a few toes — literally! When I decided I’d like the protagonists to be in a class where they’d have more one-on-one time, I decided to put them in a belly dance class at the Magnolia Ballroom, my fictional ballroom dance studio. I only observed those classes — I’d learned the hard way that I wasn’t the dancer I thought I was. I was also pretty certain that my stomach muscles weren’t up to the task.

SheKnows: The book revolves around 4 women — Vivien, Melanie, Angela and Ruth -if you could describe each character in a couple words, what would they be?

Wendy Wax: Hmm, a couple of words, huh? Short is always a challenge! I’ll try…Vivien: Single, career driven, not in touch with her feelings; Melanie: Widowed mother of teens, harried caregiver, in denial; Angela: Has come so far, but sees herself as she was; and Ruth: Disappointed in how things have turned out, but unwilling to give up. These descriptions fit the characters when we first meet them, but all four women grow and learn from each other and the friendship that develops between them.

SheKnows: Do you relate to one of these women more than the others?

Wendy Wax: I’m sure you hear this a lot from authors, but all of my characters have bits and pieces of me and my life in them. Melanie actually lives where I live and her daily life is probably closest to my own, but Vivien carries certain parts of my past with her. I also understand where Angela and Ruth are coming from. While a writer doesn’t have to have actually lived a life similar to her characters, I think it’s critical for a writer to be able to feel what her characters feel in order to make those thoughts and emotions real for the reader. 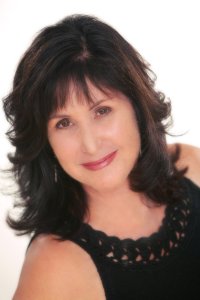 SheKnows: Where did the title come from?

Wendy Wax: As often happens, the title was a collaborative effort, but it’s drawn from the weekly Wednesday night class the women take together at The Magnolia Ballroom and Dance Studio, which Melanie owns.

SheKnows: Secrets in relationships is a key theme in the book, what is the secret life of Wendy Wax?

Wendy Wax: I don’t really think of myself as a secret keeper, but as a number of interviewers and reviewers have pointed out recently, I do seem to like to burden my characters with lots of them! I’m sure there’s some deep, dark reason for this, but I haven’t figured it out yet.

SheKnows: What would fans be surprised to know about you?

Wendy Wax: Hmmm….I have a serious chocolate habit that I’m always trying to kick, I met my husband by accident 26 years ago the one time I rode the Carey Bus in New York City and I’ve recently become addicted to the History Channel TV shows American Pickers and Pawn Stars.

Wendy Wax: This is a hard one! I have pretty eclectic tastes and enjoy thrillers, romance, women’s fiction, mysteries, chick lit, paranormal. I hate to name names — I know a lot of writers and I’m always afraid I’ll leave someone out!

Wendy Wax: Well, I do joke that I originally attended the University of Georgia because I’d read Gone with the Wind one-too-many-times! Some recent favorites include The Help, The Guernsey Literary and Potato Peel Society, Sarah’s Key, The Girl with the Dragon Tattoo.

SheKnows: If you weren’t a writer, you’d be a….

Wendy Wax: If we’re talking fantasy rather than reality, my second choice would be stand up comedy! Some day if I need another challenge or even more stress in my life, maybe I’ll work up the nerve to give it a try!

Magnolia Wednesdays is in stores March 2.

Read on for more books