The cast of Glee is taking the show on the road this May, with stops in Phoenix, Los Angeles, Chicago and New York City!

Related story Glee Cast's Naya Rivera Tribute Reminds Us of Her Roles as an Ally & a Mom
“The response of the fans to our little show has been so immediate and so gratifying, we wanted to get out and thank them live and in person,” show creator Ryan Murphy said. “And what show lends itself more to a concert than Glee? We can’t wait to take this show on the road and the actors couldn’t be more excited to perform live for audiences in these four cities.” 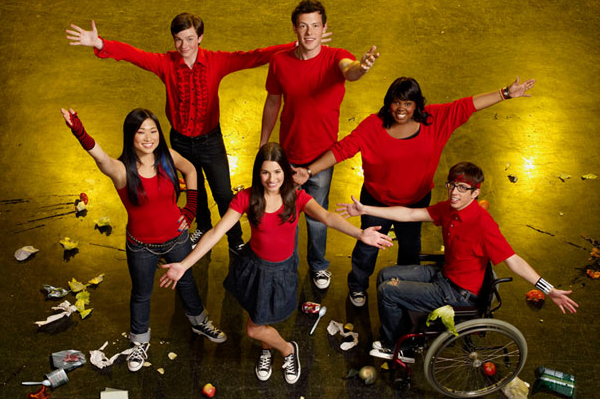 Created by Murphy, the tour features the show’s anthem Don’t Stop Believin’, fan faves Somebody To Love and Jump, and hits Don’t Rain on My Parade and Sweet Caroline.

“This show has changed my life in so many ways,” Monteith marveled. “If you had told me a year ago that I’d be performing classic rock songs in concert theaters around the country, I would never have believed you. We are psyched!”

Murphy teased the tour at the recent TCA press tour, but the official announcement and dates have just been released (see below).

Tickets go on sale to the public March 18 for the Phoenix show and March 13 for other cities; with pre-sale tickets are available to American Express cardholders this Friday, March 5.

read on for more glee!